Carrey Ex Girlfriend Was Entangled in a Love Triangle 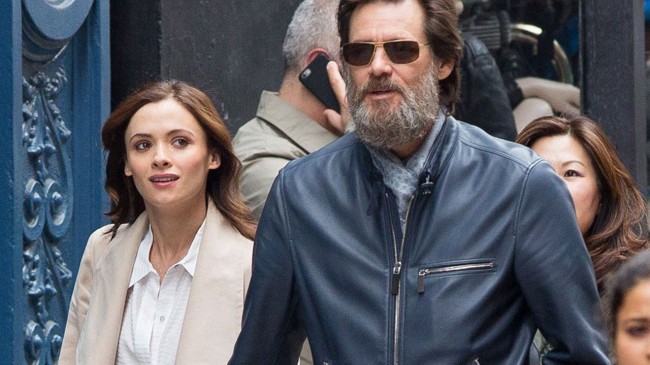 According to media reports, Jim Carrey’s ex-girlfriend, Cathriona White, who is believed to have committed suicide last month, was entangled in a love triangle before her tragic death. This emerged after the Los Angeles Medical Examiner’s office confirmed to Us Weekly on Oct. 5, that her body will be released to her estranged husband and next of kin, Mark Damian Burton. The deceased will be buried next week in her native country, Ireland.

Ed Winter, an official with the medical examiner’s office was quoted saying, “She had a husband and they were separated. Her body will be released to him as the legal next of kin.” This revelation has prompted many to believe that Carrey could have become aware of the love triangle resulting in their split just before her death.

However, sources close to the comedian have refuted these claims. Speaking on condition of anonymity one source said, “As far as Jim was concerned, Cathriona was separated and he was aware that she was planning to divorce her husband.” If the divorce was going to be finalized, that would mean Burton and White could have been married for close to three years.

Online records for Clark County Clerk’s office, Nevada, show that Miss White was married to Burton on Jan. 15, 2013. The marriage ceremony took place at Heavenly Bliss Wedding Chapel, Las Vegas, Nevada. A source has revealed that the two had been separated for the past five months pending divorce proceedings before this Christmas. “Cat was going to begin divorce proceedings this December,” a source remarked. Burton, another man in the love triangle, is a cameraman and audio specialist who crossed paths with Miss White on a number of filming projects including the video series The Online Gamer Zombies.

According to Chron, the marriage between the two was perhaps one of convenience. The tabloid speculates that Miss White’s union with Burton “was a green card marriage,” as she wanted to be a U.S. citizen. The Underground Bunker also reports that when Miss White’s father passed in 2012, the make-up artist could not travel to attend the funeral as she was in the U.S. illegally. However, after her 2013 marriage to Burton, Carrey’s ex-lover was able to attend her sister’s wedding in Ireland, in July of 2014. It was during the same period when Carrey ex-girlfriend got entangled in a love triangle with the Ace Ventura star.

Meanwhile, the autopsy results conducted on Miss White are expected to be released in the coming month. The medical examiner’s office has sent the preliminary analysis for further toxicology evaluation. Reports suggest that the deceased could have intentionally overdosed herself with the drugs prescribed for Carrey. It is not clear whether or not Carrey’s ex-girlfriend took her own life after she realized that she was entangled in the complications of the love triangle.

According to the Us Weekly, four bottles containing Ambien, Propranolol, Percocet and Zofran were found near the deceased body in her Los Angeles apartment. These drugs were all in Carrey’s name and unbeknown to the Hollywood star, her tragic ex-girlfriend was taking them. An insider close to Carrey told reporters, “The discovery of pills next to Cat was a shock to Carrey as he had never imagined that Cathriona had secretly taken the pills when they stayed together before their break-up.”