Charlie Sheen Comes Out of the ‘Pharmaceutical’ Closet 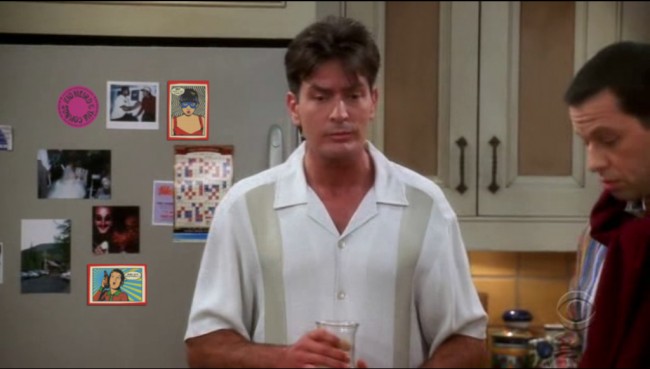 On Nov. 17, 2015, Charlie Sheen came out of the “pharmaceutical” closet and announced he was HIV-positive. He told Matt Lauer on the Today show that he paid out millions to prevent the information from going public after people he had trusted used his devastating news for personal gain. AIDS/HIV has been around for a long time, and treatments have improved significantly over the years. Even so, Sheen’s ordeal has changed his life in a drastic manner.

The Hollywood star said he was diagnosed with the disease in 2011, and that he told everyone he has slept with since about his diagnosis. Some, however, have denied that they were told of his illness. The actor’s biggest problem is now a financial one from having been extorted out of millions to keep his HIV diagnosis on the down-low. Surprisingly, these were all people he once trusted, and now they have depleted his bank account. Sheen said that around 2011, he began suffering migraines and night sweats, and was eventually taken to the hospital, where dozens of tests, including a spinal tap, were done. When the results were read to him, it was devastating. Sheen said to Lauer, “It is a hard three letters to absorb.” He tried to be honest with his sexual partners about his condition, but he was blackmailed because of his morality. Sheen, who is a mega-star, had no choice but to come out of the pharmaceutical closet before he was completely bankrupt.

The Centers for Disease Control (CDC) cannot pinpoint the exact time frame in which this horrific disease first appeared, but they have tracked it to somewhere between 1884-1924. Within this time frame, they believe a man, for unknown reasons, killed a chimpanzee. Some of the monkey’s blood got into the man’s bloodstream. It is speculated that the man had an open wound through which the animal’s blood entered into his system. HIV/AIDS is innocuous to the chimpanzee, but deadly to human beings.

In June 1981, the first person with AIDS was discovered after having been diagnosed with the fatal pneumonia, PCP. The disease became prevalent among young men in the gay community. Rumors spread that it was strictly a “gay” disease. The CDC reported that a rare skin cancer called Kapok’s sarcoma (KS) was causing the deaths of young, healthy males in New York City and California. In 1982, AIDS was given the name Acquired Immune Deficiency Disease (AIDS), and the first AIDS support group was started within the gay community. One year later, panic spread as more people met their fate at the hands of the deadly disease. It was not just a gay disease anymore, and it was clear anyone could contract HIV/AIDS. By 1985, when Rock Hudson died of AIDS, hysteria about the disease had broken out. A  public school in Indiana banned a child with the illness from attending classes. In 1992, the red ribbon becomes the AIDS symbol.

Sheen should consider himself lucky to have come down with the disease in 2011 when knowledge and treatments have progressed so much that almost everyone who is HIV-positive lives a long and healthy life. Although by the time Sheen came out of the ‘pharmaceutical’ closet, his finances were not as solid as they once were, the 50-year-old actor will live to see his grandchild grow up. So many people have died due to this dreadful disease, and, although there is no known cure,  the treatments will hopefully stop people from becoming sick.

Charlie Sheen Comes Out of the ‘Pharmaceutical’ Closet added by Katherine on November 21, 2015
View all posts by Katherine →