The Day I Stopped Fearing Death

I will never forget August 2, 2007. I was about to turn 36 and what should have been a time of reflection and celebration couldn’t be further from that truth. It was a season of severe humbling and quite a bit of humiliation. Here’s the backdrop. I was entering my seventh year of pastoring a small, but vibrant upstart in Philadelphia. I was raising three incredibly bright children and yet I was a functioning manic-depressive. I swung between severe highs and lows as I struggled to keep it all together. Not to mention I was finalizing an agonizing divorce that took me to rock bottom.

On the second day of August, I was moving into a small one bedroom efficiency with nothing more than a Walmart air mattress, a card table, and some clothes. I walked away from the home my soon to be ex and I purchased choosing to leave things intact for the sake of the children. I knew they were used to a certain lifestyle and the last thing I wanted was to cause more friction in an already tense break up. On that day, I signed the lease for my apartment and took the entire day to move in. For the first time in a long time, I was in the grocery store shopping for one, not a family.

Later that evening I got cable hooked up and began what would end up being a three-day television bender. I cried, shouted, cursed and most importantly questioned. I mourned the fact that my marriage had failed despite all the resuscitation I performed. I felt morally and financially bankrupt. What in the hell was happening to my life? It was in this moment of utter confusion I had an epiphany. That night I lost the fear of death. But let me explain. 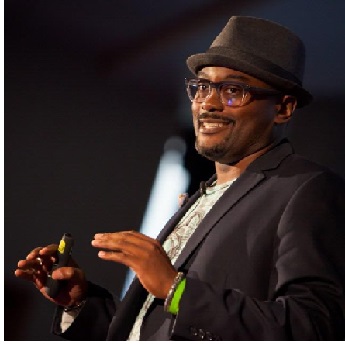 Until this point, death loomed as this final judgment on my life. Although I believed in Heaven, I was afraid of what that transition would actually be like. I worried that I would not be ready. Well, that past year and a half proved that being knocked down and even trampled wasn’t enough to take me out. On the contrary, it really showed me that more than anything else, my life was to be measured in the moment by moment opportunities I grabbed to be significant. To live my life, not for the applause or acceptance of critics, but to savor it for myself. Up until this point, I had never done that. I went through the motions, but I never felt it for myself.

So in this dark, but valuable space in time, a few things became crystal clear for my journey. I want to share them in hopes they empower you along the way as well.

In the coming months after August, I would see a rekindling of my confidence and fervor to live. I had my outlook radically changed by the positive people in my life. During that time, I lost my fear of not having enough time before I died. I realized that my life was happening now and I was determined to live it. I was ready to fail, to grow, to hurt and most of all, transform. Life was not going back to the way it was.

Too often we stand at a door that has shut and knock in hopes of some nostalgia. Change happens to us, but when we learn to navigate the process of transition, we can achieve much more. I made a decision to move on, to live and grab life with both hands. And the truth is, I needed all of these experiences to do so. I found out that you only have to fear death if you are not truly living your purpose today.