Being President or Prime Minister Takes Years Off a Life 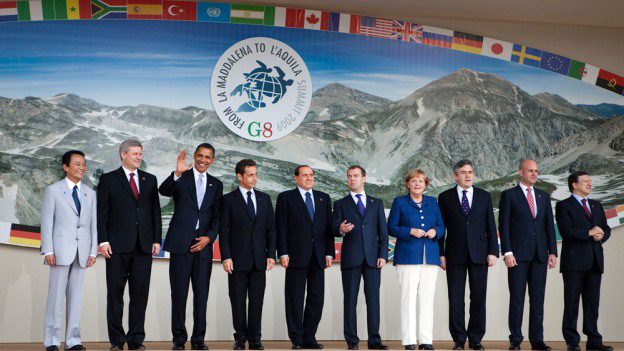 Compare photos of President Barack Obama today with those just a few years old and it becomes obvious how much he has aged in the White House. It is probably the job, rather than having teenagers, that has turned his hair very grey. Running a country is a stressful job that can take years off the lives of presidents and prime ministers, according to a new study looking at leadership in 17 countries. The research team determined that the price of winning an election is almost three years of life.

The study, published Monday in the holiday issue of the British Medical Journal (BMJ), compares the lifespans of 279 winners and 261 losers for the top spots in the 17 Western nations. The results show that those who lose elections, on average, outlive those who win, which is probably good news for former Vice President Al Gore, Senator John McCain and other also rans. Looking at candidates who had died by 2015, the study showed that winners lived 4.4 fewer years on average after the election than their opponents. Adjusted for age differences and other factors, the data still showed that losers outlived winners by about 2.7 years. It also showed that elected leaders were 23 percent more likely to die prematurely than their former opponents.

The results do not just reflect the stress of today’s rulers. The researchers went back through three centuries of data on elected officials and the candidates who lost. The team compared the lifespans of winners and losers from 1722 to 2015 in Australia, Austria, Canada, Denmark, Finland, France, Germany, Greece, Ireland, Italy, New Zealand, Norway, Poland, Spain, Sweden, as well as the United Kingdom and the U.S. Leaders who were assassinated were excluded from the data since the cause did not reflect the impact of aging.

Associate professor of health care policy at Harvard Medical School, Anupam Jena, who was the study’s lead author noted that people would assume presidents live longer than the average Joe’s “because they are in a completely different socioeconomic stratum.” That is not what Jena and his other team members found in this study. (However, it should be noted that a previous study on American leadership indicated that U.S. presidents live a few months longer than the general public, but those study has a far wider scope and broader sample size.)

While it would be easy to point solely to the stress of being a world leader, another factor to consider is lack of sleep. Several studies have shown that long-term sleep deprivation can affect longevity, based on tests with rates and insects.

Leading a country does not seem to be what the doctor ordered or, as Jena noted, it “probably is medically ill-advised, in the sense that there’s certainly a plausible risk of higher mortality if you’re elected to lead.” Many Presidents and Prime Ministers, however, do make all sorts of trade-offs for their offices because it gives them joy or it is for the greater societal good, Jena added, even if it may take years off their lives.