Syed Farook and Tashfeen Malik wreaked havoc by shooting innocents in San Bernardino, California, on Dec. 2, 2015. They left behind 14 fatalities and 21 people with injuries. The shooting also leaves countless individuals grieving. Additionally, in a shootout with police, Farook and Malik lost their lives as well. Agencies investigating the crime have not released any information about a possible motive. However, there are some things known at this time, such as the victims who lost their lives and those who loved them.

The deceased were between the ages of 26 and 60. Most of the victims were employees of the Health Department for San Bernardino, who were at the Inland Regional Center for an event. Below are their names and brief descriptions, which were provided by the Los Angeles Times. 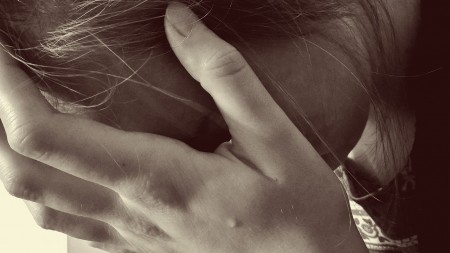 Friends and family members talked about how devastated they were by the tragedy. Among those left grieving, after the shooting in San Bernardino, are the children who lost parents. Family members waited a long time before learning the status of their loved ones.

Ryan Reyes shared his ordeal of not knowing the fate of Kaufman, his significant other, with Los Angeles Times reporter, Alan Zarembo. Dec. 2, 2015, began like any typical day; Reyes dropped Kaufman off at work, and they communicated throughout the morning via texts. The last message he received was at 10:37 a.m. PST.

He said, about an hour later, he heard from his sister. She texted him, “Hey Ry does Daniel work at the Regional Center in [San Bernardino]? Check the news.” Reyes’ phone calls to Kaufman went to voicemail, and the texts remained unanswered.

This was the beginning of a long 22 hours of conflicting reports, and finally, the news of Kaufman’s death.

Upon hearing the survivors were being transported to a community center, Reyes went there and waited. Later, he was told that his boyfriend was shot in the arm and receiving surgery. Kaufman was expected to live, authorities reported. Reyes and Kaufman’s uncle received this information from two different sources.

However, the officials at the community center could not tell them which hospital he was having surgery. Family and friends called hospitals. Nonetheless, Kaufman was not at any of them.

Finally, after all of the buses had dropped off the non-injured victims, officials asked Reyes for Kaufman’s physical description. They told him the deceased were still in the conference room at the Inland Regional Center in San Bernardino.

It was 10:38 a.m. on Dec. 3, 2015, before Reyes received the telephone call telling him that Kaufman was dead. Reyes told the reporter, “I’m so emotionally drained right now. I don’t know if I want to scream, cry or break a window.”

In the course of a few hours, Syed Farook and his wife, Tashfeen Malik changed the lives of many people. When the couple was shot and killed they left behind a six-month-old daughter. The suspects have left families lost concerning the motive behind the shootings in San Bernardino that created widows, widowers, children without parents, and an entire community in upheaval. Senselessly, 14 people were murdered, two suspects dead, and 21 people wounded. The shooting has left countless grieving.