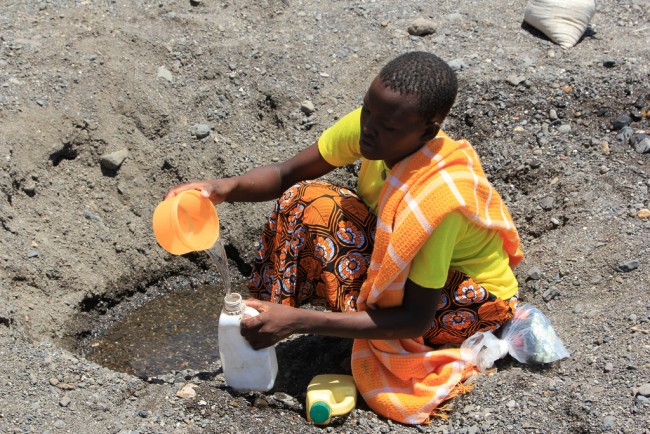 The 21st United Nations Conference of the Parties (COP21) agreed to a historic climate deal in Paris on Dec. 12, 2015. The COP21 pact has been seen by many observers as giving a fresh impetus to African countries towards combatting climate change. The Paris Agreement, ratified by nearly 200 countries, arguably has important policy and development implications for the people of Africa and other developing nations who greatly rely on agriculture for a living.

Africa has been the hardest hit by the vagaries of weather. Climate change has significantly affected African economies through relentless droughts, floods, and storms which, in turn, have negatively impacted food security. The 54 African countries had pressed for the climate pact to reduce warming to 1.5 degrees Celsius above pre-industrial levels by the end of the 21st century. However, the final COP21 report states that, “[All countries] will hold the increase in the global average temperature to well below 2 C above pre-industrial levels and [try] to limit the temperature increase to 1.5 C.” 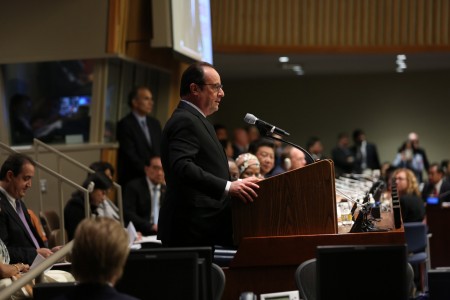 According to a recent publication by U.N. Economic Commissions for Africa, over 200 million people in Africa are food insecure, solely because of their “over-dependence on climate-sensitive livelihoods.” The Committee of African Heads of State and Government on Climate Change (CAHOSCC) welcomed the Paris climate pact as the best way to cut emissions. “This is the best mechanism that will empower African states to develop coordinated and sophisticated responses to global climate change,” read the statement issued by CAHOSCC after the Paris Agreement.

However, the African countries are of the view that industrialized nations should shoulder more responsibility for climate change. The G77 bloc, which consists of 134 developing countries, welcomed the COP21 agreement as a positive development, but was quick to point out that the least developed countries “bear a disproportionate burden.” A report by the U.N.’s Intergovernmental Panel on Climate Change (IPCC) has shown that Africa is expected to warm up to “1.5 times faster than the global average,” despite the fact that it only accounts for less than “4 percent of the world’s annual gas emissions.”

The IPCC is of the view that African countries are now in a better position to consider robust policies towards climate change. The panel hails the COP21 decision to fund poor countries with $100 billion per year in combatting climate change.

According to the U.N. Economic Commissions for Africa, the funds should be channeled towards the following goals:

Nozipho Mxakato-Diseko, spokeswoman for the G77 and South African negotiator during the climate summit, said the Paris settlement has a lot of implications for Africa. She was quoted in the Daily Mail saying that all countries should cut emissions despite their developmental stage. Mxakato-Diseko also said the pact puts Africa in a favorable position with regard to the use of renewable energy.

Channing Arndt, a senior fellow at United Nations University, also acknowledged the rich natural endowments of the second populous continent. Writing for The Conversation, Arndt noted that Africa “possess[es] abundant sun, wind and hydropower resources.” He is of the view that if the spirit and letter of the COP21 are religiously followed, Africa has the “potential to exploit a comparative advantage in energy production.”

Sources:
Daily Mail: Cop21 Conference Delegates in Paris Agree to Combat Climate Change After the World Finally Agrees to Work Together to Cut Emissions
The Conversation: Changes Since Copenhagen Means Paris Will Deliver More for Developing Countries
U.N. Economic Commissions for Africa: Why is COP21 Important for Africa?