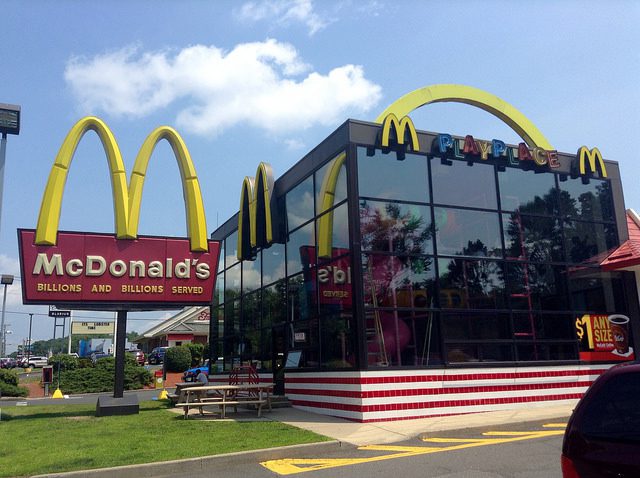 Are the golden arches regaining their shine? After years of sliding sales and , in their management’s words, “disappointing” results, McDonald’s is widely expected to announce their best sales results in four years on Monday, Jan. 25. It appears that the regional tinkering and timely national changes in their menu are making a difference for McDonald’s.

The menu changes (and reputation change) are needed for the chain to re-establish itself. The company acknowledged last year that its weak sales were due to “featured products and promotions did not achieve expected consumer response amid ongoing competitive activity.” In other words, customers did not like the food and went elsewhere.

When McDonald’s dominated fast food, it was innovative and convenient, even if not the best burger consumers had ever tasted. Now, however, they have competition from rapidly growing chain restaurants like Shake Shack, The Habit, Smashburger and Five Guys that serve more tasty fare with higher quality ingredients. Their success has also proven that people will pay a little more for something tastier.

Under the leadership of its current CEO Steve Easterbrook, McDonald’s is trying hard to reinvent itself. So McDonald’s began aggressively tweaking its menu items, instead of going through its traditionally slow multi-year evaluation process. Even things like adding all-day breakfast options was remarkably fast for them, taking less than one year to plan and roll out (even if customers have asked for it for years) They launched Taste Crafted Burgers and Chicken, with different flavors, such as a Pico Guacamole and a Maple Bacon Dijon, and more upscale buns (artisan, potato or sesame). Furthermore, they borrowed Burger King’s old marketing theme and now let diners have it their way and customize sandwiches.

The chain’s typical menu now features about 120 to 140 items, a significant of which vary by region where they anticipate that type of food would be most popular. This includes menu items, like the lobster roll in Boston and the ChiTown Classic, the winner of Chicago’s Burger Build Off contest. There are also more chicken items that get tested in Atlanta, salads on the West Coast, beef items in Texas and macaroni ‘n’ cheese being offered in Ohio.

Some regional menu offerings have gone national. For example, the sweet tea was initially developed and introduced in the South and mozzarella sticks were a New York thing; both are now available nationwide.

What about customer expectations for the consistency and dependability one expects from McDonald’s? They require all U.S. stores to sell specific items, such as the Quarter Pounder or things being promoted in current advertising campaigns. Even worldwide, all places with the golden arches sell a Big Mac, chicken nuggets and fries. There may be regional differences offered, like a pita pocket for a burger in Athens, but the basics are the same.

While sales are up, it remains to be seen if McDonald’s can maintain the momentum that the menu changes brought and make a long-term difference. The new menu items and ability to customize have made service slower. While the new “in” burger chains do not have drive through service and people visiting them expect to wait longer for the better fare, McDonald’s customers and franchisees may balk at no-longer-fast food.