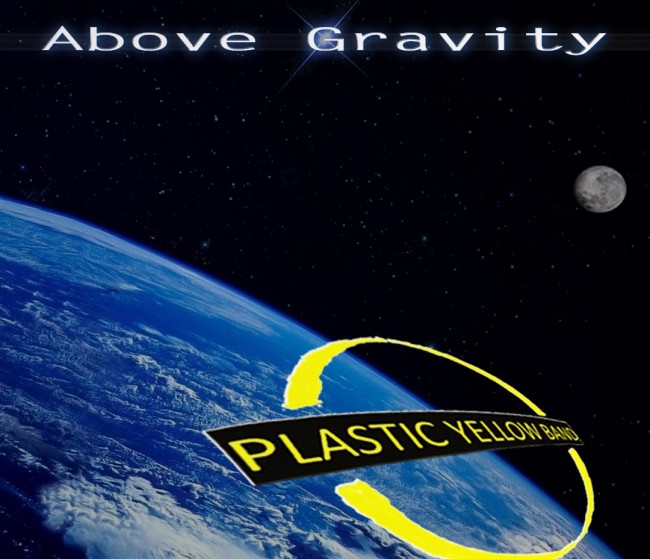 Lead Guitarist and Vocalist Gerald Jennings returns with his band Plastic Yellow Band and their sophomore album, Above Gravity. The nine track album begins with “Starlight,” which is a 21 minute epic full of more rises and falls than most albums are capable of visualizing. Released in November of 2015, the entire album is available for purchase or streaming (links down below).

“We can make a difference if we stand by our principles and don’t look away.”

Plastic Yellow Band bleeds out a number of different influences across the album. While some the classics like The Beatles can be felt on multiple tracks, others like Electric Light Orchestra or Tom Petty and the Heartbreakers can be found hidden as well.

Could “Starlight” have been broken up into multiple tracks and placed throughout the album? It could have, but instead of creating an omniscient theme, Above Gravity wraps a complex evolving epic around the listener as soon as they start the album. In some way it may be setting the listener up for failure as the rest of the album does not hit the hard rocking moments or soft cooldowns as precisely as this track does. That being said, this one track could be an exceptional EP due to the way it continues to bring back its own representation; truly the highlight of the album.

Above Gravity focuses on a lot of different emotional responses, parts of the album encourage some funky dancing (“Heaven Can Wait”), maybe some psychedelic swaying (“You Lied To Me”), but the solo piano in tracks like “Dressed in Her Lace” are more likely to demand only reflection or meditation.

Just before the album ends, “Pain” offers itself forth as an anthem of summer love. Although it restrains itself from really opening up instrumentally, the track does mix it up a little by the end of the song. A reenvisioned version of this song on a future album likely has oodles of latent potential. Above Gravity comes to a close with the track ‘Dressed in Her Lace.” This feels like a moment of reflection, it’s placement seems fitting given the story with the album opener “Starlight.”

“I keep calling out your name, waiting to see if you’ll ease the pain.”

The passion is present; proof that old genres like Classic Rock still have new blood boiling within them. Jennings has gathered a skilled group of musicians that can keep up with his rockin’ ideas within Plastic Yellow Band. Their own capabilities do not jump off the tracks, as the musician that most makes an individualistic impact, is Jennings. Leading the band with vocals, guitar, and the constantly returning keyboard, Jennings retains his youth and rocks out loud with the occasional hard-hitting lyric.

Above Gravity is an interesting turn from the band’s debut album Breathe Air. It is certainly similar, but seems to miss the mark in some small way. This time, Jennings seems more willing to fling open the doors and let the demons out, but does he go far enough?  What Above Gravity does well is represent the simple enjoyment of songs from the 70’s and Classic rock era that do not shun away from rocking out or pondering the future.