Scenery and Wildlife Were Highlights of ‘The Revenant’ [Spoiler] 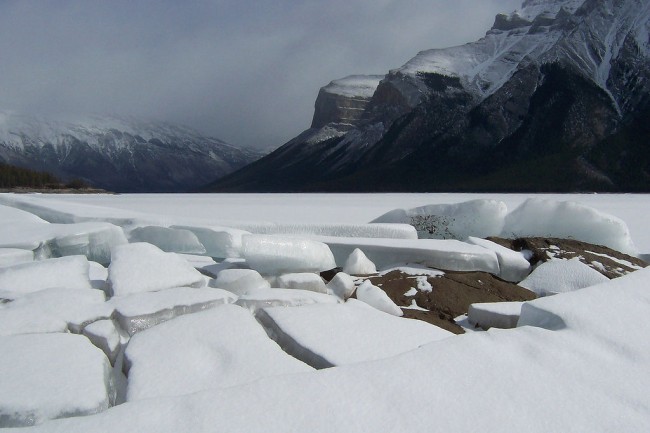 The Revenant, starring Leonardo DiCaprio and Tom Hardy, was released in the U.S. on Jan. 8, 2016. The movie was filmed in Canada, Argentina, Montana, and California. The synopsis of the film, posted on IMDb.com, was deceiving. At 156 minutes, there were large portions of the storyline that dragged on much too long and included unnecessary foul language for such minimal dialogue. The audience, however, was treated to magnificent scenery and wildlife, which were the highlights of The Revenant. The background music, performed by the Seattle Orchestra, provided a delightful addition to the overall atmosphere.

As the film started, DiCaprio trudged through a shallow, yet rapidly moving, river. He and several other men, including his teenage son, were sighting their rifles on a huge elk. He turned to his son and gave him direction in the native language of the Pawnee. The star’s character, Hugh Cross, is a Caucasian man, whereas his son, Hawk, is a “half-breed.” 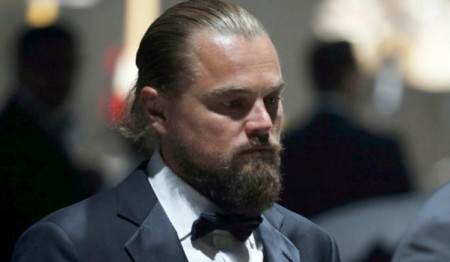 Cross was employed by the U.S. Army as a scout. While he was a fellow employee of those hunting and tanning furs for the military, he was not truly one of the guys. He and his son were not accepted by the many of the men.

There were three major things that made him different from the others. Since he spoke Pawnee with his son, others in the group had doubts that he was actually looking out for their best interests. The second issue was the men knew he and his son survived a violent military attack on the Pawnee village where he had lived with his family. Several times in the movie, he was questioned by the men about killing an officer. The audience did not learn the answer until the end of The Revenant.

The band of men must change their method of travel, including the route used, due to a raid from the “Ree.” (It is possible the tribe they were referring to is the Cree). The travel changes included leaving the boat on the river, in order to avoid further attacks, and traveling on foot over land. It was a treacherous trek and Cross was responsible for guiding them back to the safety of the fort. The mountains, rivers, and wildlife were visually outstanding and well-filmed. If it were not for the scenery, The Revenant would not have been enjoyable to watch, as there were extended periods in the film that dragged on.

While Cross was away from the campsite tracking suspect sounds in the surrounding woods, he encountered an extremely large bear and some cubs. Then, he was attacked by the large bear. The puppetry was extremely lifelike and the massive bear’s attack on the scout appeared to be equally realistic. The brutality Cross endured was so violent it caused the audience to gasp many times. However, the scene was long and tedious to watch. In the end, it was almost humorous when both the bear, now dead, and Cross rolled down into the ravine. At the bottom, the bear landed on top of the man, who also should have been dead.

Upon discovery, it took several men to move the bear. Miraculously, Cross was still breathing, although, he was bleeding profusely. The decision was made to attempt to sew up his gouging wounds. Once done, the men created a makeshift stretcher to carry him, because he was the only one who could guide them home. However, he was barely conscious. Several murmurs of disbelief erupted in the theater.

When he became too much of a burden, the officer in charge offered a financial bonus for volunteers to stay with him until he died and give him a proper burial. In the end, two men and his son chose to stay. Ultimately, he was put into a grave and partially buried while he was still alive after one of the men killed his son. Once again, Cross should have been dead. Yet, he got out of  the grave and the storyline became increasingly difficult to believe.

All of this occurred during the first third of the film. The only saving grace was the herd of elk, the beautiful snowy land, waterscapes, and the symphony music, which were the highlights of The Revenant. At one point, there was a loud rumbling sound, which turned out to be a herd of bison running hard attempting to avoid the wolves that were hunting them. 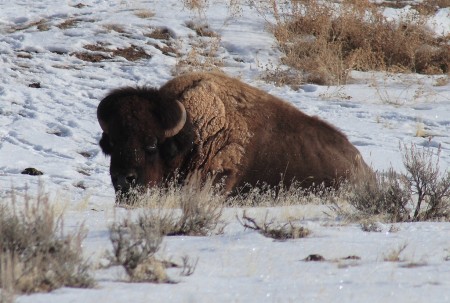 Cross encountered others during his long trek, however, these scenes were sporadic. The writers of The Revenant included bizarre events that appeared to be Cross’ delirious memories and hallucinations. These added nothing to the storyline except tedious confusion. The audience frequently shifted in their seats and often glanced at their watches.

The finale had several scenes that, although unbelievable, finally moved more rapidly. In the end, The Revenant seemed to last far longer than 2.5 hours, and if not for the fabulous filming of the surrounding scenery and wildlife The Revenant would have no memorable highlights. Instead of wasting so much time sitting in a theater, fighting disbelief and boredom, one could have stayed home and watched National Geographic programming on television.