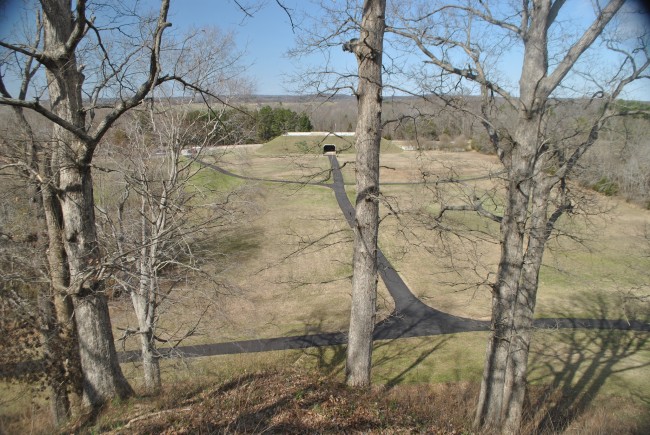 Tennessee grieves as a heartbreaking conclusion has emerged after a frantic search for missing 2-year-old Noah Chamberlin revealed that he had died just 1.5 miles away from home. The Pinson, Tenn. toddler had been missing since Jan. 14, 2016, spurring hundreds of law enforcement officers and volunteers to search the thick woods surrounding the home where he was last seen. Authorities have been looking consistently since last week. The community of Pinson has banded together as well, rallying around the grief-stricken Chamberlin family in their time of need. People from all around the state of Tennessee and beyond came to help organize a search effort for little Noah. The missing toddler was found dead on Friday, Jan. 22, 2016.

Tennessee’s Chester County Sheriff Blair Weaver was in tears as he addressed the public in a news conference. “It was just a tragic accident.” Noah went walking with his grandmother and older sister last week in the woods by his home. He became separated from the two. Madison County Sheriff John Mehr had said previously, “Everybody we talked to talked about how he ran all the time, jumped over tables, ran, just non-stop,” Weaver and Mehr were visibly stricken, pausing to compose themselves during the conference, while explaining that the missing toddler, who was found dead in a Tennessee clearing, had been farther out than anyone had figured. Mehr continued. “He loved to hide. We had people tell us that even adults would run after him, and they couldn’t catch him.” Mehr echoes Weaver’s belief that Noah’s death is a tragic accident. “Just like grandma said, she turned her head for a minute and he was gone. There were trails everywhere,” Weaver said.

The steep Tennessee hills were treacherous enough that the authorities required troupes of volunteers to clock out of their search after an hour, and they would be replaced with a new group. WMC Action News 5 reported that Weaver insisted upon the search retaining its rescue status despite the freezing conditions and steep hills. Additionally, the woods were pitted with sinkholes. After a week of searching for the lost 2-year-old in such terrible conditions, many others would have given up. The authorities of Pinson, Tenn. and efforts of the volunteers remained steadfast.

The search area had been expanded on Friday, and it was during a backtrack of the area that the 2-year-old was found. Charles Wooley, a lifelong Pinson resident, had mentioned that the area around the Chamberlin’s home is incredibly dangerous and vast. Out in the woods, sinkholes are an easy way to break a leg, even for an adult. Sinkholes start due to rains, and the muddy ground can be completely obscured by thick grasses. Wooley mused that those would be especially treacherous. The soil underneath them is often slippery, so someone could wind up submerged and unable to get out. Searchers had been using special cameras to look down each of the sinkholes they came across, but it was terribly slow-going, as there were so many.

The weather was another factor that slowed the search party’s progress in the long week. Weaver had been expected to scale back on the search parties on account of the incoming bad weather. Several tools and appliances had been brought to help in the search, but on Friday, they were planning to use many of the tools to help prepare for the inclement weather. The authorities maintained that just because they were pulling back on the search efforts, it in no way indicated the search would stop entirely. The Tennessee law enforcement officials held the volunteer efforts back because they did not want anyone getting injured. Volunteers were adamant that they would not give up, however. By Thursday, Jan. 21, 2016, they had searched more than 1,000 acres. The search perimeter had just been expanded on Friday when Noah was found.

The Chamberlin’s pastor wanted the public to know how much the family appreciated everyone looking for their little boy. “They want Noah’s life to be honored in the fact that he brought a community together…all of the volunteers and countless hours that everybody searched, so many people who donated, whether it be food, drink, batteries, everything. They just said they wanted to make sure everybody knew how much they appreciated that.” “They are a very faith-oriented family, and it’s remarkable to see their faith in God,” Mehr explained. “It’s tough. It makes us look at our own. So, just, think about the family and pray for them.”

On Wednesday, a prayer vigil was held in Pinson, Tennessee for Noah instead of church services. Pastor John Gaters had expressed that no matter the outcome, having faith in God and knowing He had control over Noah’s life was a source of comfort.