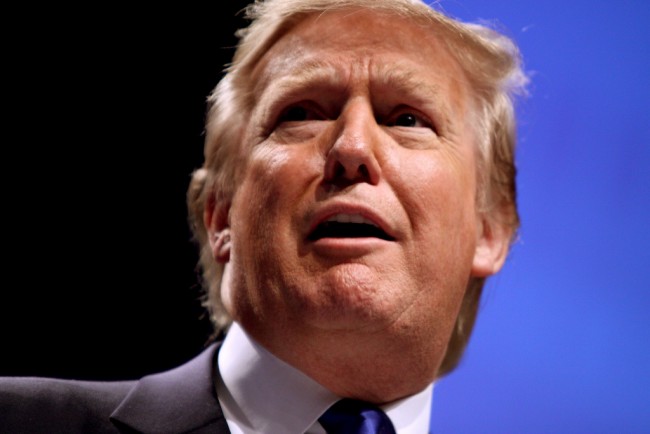 On March 11, 2016, NBC News Chicago reported thousands of supporters and protestors of GOP Presidential nominee Donald Trump lined the streets near the University of Illinois-Chicago (UIC) Pavillion. The Chicago police have managed to keep the two groups separated so far. However, multiple protestors were removed from the Pavillion prior to the beginning of the Trump rally, which is scheduled to begin at 6:00 p.m. CST.

CNN reported at 6:35 p.m. that Trump had postponed the controversial rally. Protestors were cheering and his supporters shouted at those who cheered. Violence broke out in the arena. Security did not have a handle on the situation. The standing-room-only arena erupted in total chaos. There were physical fights breaking out between the two groups of people. Supporters shouted, “We want Trump!” Protesters are shouted, “Bernie-Bernie!”

At 6:48 p.m. Trump’s campaign released a statement that after meeting with the local police his rally would be postponed to a later date. Trump suggested those present “should go in peace.”

Due to Trump’s hateful speeches he has attracted strong opposition to his rallies. There were Black lives Matter, Muslim, and other protestors fighting to be heard. More protestors were present at the Chicago rally than any other rally thus far.

Trump rallies of late have been the scenes of violence, a member of the press was assaulted by Secret Service. At another rally, older man sucker-punched another person present.  More recently, there were several protestors removed from another rally and then assaulted by security. Unfortunately, Trump supports this type of violence. According to CNN, Trump stated, “The audience swung back and I thought it was very very appropriate.”

The door of UIC Pavillion opened at 3:00 p.m. CST for the Trump rally, where the candidate is scheduled to speak at 6:00 p.m. UIC Pavillion boasts 9,500 seats in its arena. According to NBC News people arrived as early as 3:00 a.m. to get into the Pavillion.