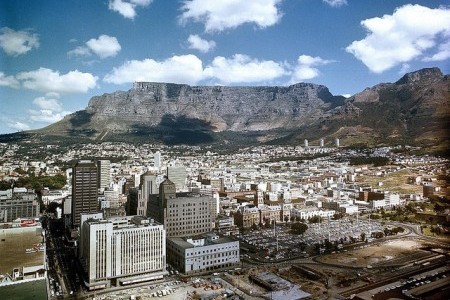 Is South Africa headed down the rabbit hole? Taking into account how Zimbabwe, after 35 years of democracy, has become a disaster, South Africa could be following the same route.  Zimbabwe is facing food crises and, even with unemployment reaching 90 percent, the policies of ZANUPF are always about self-enrichment. How long will it take South African voters to realize that the African National Congress (ANC) is heading in the same direction?

Zimbabwe used whatever possible means, like racism and colonialism, to divide the nation and capture all the wealth for self-enrichment, even while 90 percent remain unemployed, and the few who do work are not paid salaries. Billions are missing from businesses and there are untold stories of misery, and the ANC is doing the same.

There will be no change because everyone is running after power and money in exchange for humanity. There is no support for the poor. How much money did South Africa invest in Zimbabwe while the poor were left homeless? There are the issues of schools, health services, policing and escalating crime that the government has ignored while the suffering of the people intensifies.

The ANC government have been warned time and time again that South Africa is heading in the same direction as Zimbabwe. The government has chosen to ignore all the warnings and carry on with the process of increasing their resources, coupled with some ridiculous laws.  What can the country expect, when little or nothing is done to stop the carnage, the thieving and crime?

The National Executive Committee of the ANC is holding an important meeting this weekend, and people are expecting that President Jacob Zuma will be recalled, especially since over the last week, the relationship between the president and the influential Gupta family has placed South Africa in the sense of state capture. As more and more prominent people come forward, confessing that parliamentary and ministerial positions have been offered by the Gupta family, the Zuma control is placed on shaky ground.

What is the response South Africans are expecting to get from this meeting? There are many who want Zuma to be recalled based on the Gupta influence. Last week, during a parliamentary session, Zuma denied that the Gupta family had any influence. The president remained calm, and fervently denied involvement in an almost convincing manner. There are the staunch Zuma supporters who will contest such a move – the ones who have pledged alliance to the president.

When the meeting is over, the response will not be what the people want (the recall of Zuma), but instead, South Africa will see the goalposts being shifted to something entirely new; perhaps a reshuffle of cabinet ministers to remove the traitors and fill the vacancies with a stronger, more reliable protecting unit for Zuma. The protection of Zuma is of paramount importance, for without the president, too many will fall.

The voters who placed the ANC government into power will eventually react to anything thrown at them, even if it is poverty. While it may be true the voters do have the power to change the current government, it will not happen while the majo rity remain in alliance to the ruling ANC.  The opposition and other smaller political parties, who continue to fight corruption and seek solutions to turn South Africa into a truly democratic country, have a long battle ahead. It is almost an impossible task to change the evilness of a corrupt government without severe consequences. South Africa is going down the rabbit hole; the same way as Zimbabwe.

Sources:
Newsweek:  Is Zimbabwe’s Robert Mugabe Really Going to Step Down?
The Zimbabwean:  UN agency expands relief programme in Zimbabwe
EWN:  ANC to give report back on NEC outcomes this afternoon