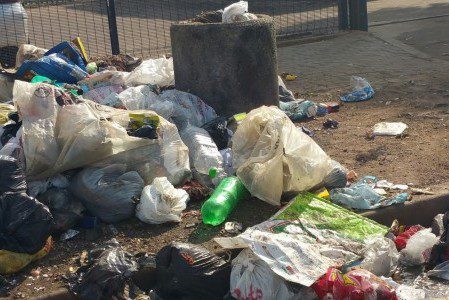 Johannesburg, South Africa, is a rubbish dump infested with plague-ridden rats, and the refuse removers’ municipal strike has increased the risk of severe health matters. The six-week strike by workers backed by unions continues while negotiations for increased wages linger on. The refuse removal company Pikitup is holding Johannesburg residents hostage. As Democratic Alliance (DA) leader Mmusi Maimane said, “With rats running all over the place, it is a crime against humanity.”

The strike has caused a serious problem of rats around Johannesburg, and the informal settlement does not have adequate disposal facilities. In March, rats found in Tembisa, an informal settlement east of Johannesburg, tested positive for plague antibodies. The National Institute of Communicable Diseases (NICD) is taking preventative measures to ensure an outbreak of the bubonic plague does not happen.

The plague is caused by the Yersinia pestis bacteria, according to the World Health Organization (WHO).  It is spread by rats and fleas. The NICD has set up measures to protect the community, and has instituted flea control by spraying insecticides.  Plagues have been experienced in the past. However, rural areas are more likely to be affected than urban areas.  John Frean, associate professor at the Center for Opportunistic, Tropical and Hospital Infections at the NICD, said an imminent widespread plague was too early to suspect and cautioned people not to panic. Frean confirmed that the department has taken action to control the spread of a plague.

It is well known that rats breed exceptionally fast, and with hungry people scratching through garbage for food, especially in informal settlements, there is a chance of a plague spreading quickly. Should the Pikitup workers not return to work and the council not take drastic action, the imminent outbreak of plagues and other horrific health issues could result in a disaster.

With over 4,000 Pikitup workers on strike, garbage is not collected. The Council has issued statements that private companies are employed to clean up the city. However, the clean-up operations are not adequate, and uncollected rubbish remains a critical problem. The streets of Johannesburg are filthy and people continue to throw garbage around without any consideration of health implications.

The council of Johannesburg, under the ruling African National Congress (ANC) government, has delayed taking action to clean up the streets. Citizens are told not to panic for now, yet if the accumulation of filth continues to fill up the streets, there could be a major outbreak of a plague. It is the lack of urgency that keeps people wondering why the ANC has not initiated prompt action to deal with a hazardous situation.

The Council has appealed to people to take action and to reduce the risk of health issues by keeping their surroundings clean. The problem is that people might keep homes clean, but the garbage remains uncollected, and that is where the rats breed. It is no good appealing to people to take action while the ANC government ignores the situation. The people living in informal settlements are annoyed and disgusted that the government is ignoring a serious health problem. While the DA is fighting for action to be taken to clean up the city, Johannesburg remains a rubbish dump invested with plaque-ridden rats. A plaque might not happen now, but the risk of more pressing health issues are affecting communities, and that should not be ignored.