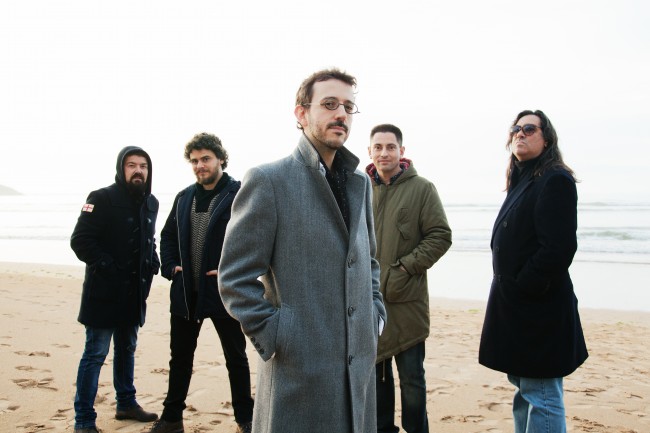 All the way from Oviedo, Spain, Jorge Otero and his four multi-instrumental skilled friends bring an extra breath and step into the genre of folk rock. The dual EP release of Wading the River and The Lay of the Land, which hold 13 tracks between the two of them, was released September 11, 2015 and was mixed in Australia at StudioStav.

Some modern listeners may be put off by band frontman Jorge Otero’s vocals. True, Otero lives in Spain but he sings both albums in English. Many famous singers such as Bob Dylan or Tom Waits have very unique and specific voices, Otero’s accent plays a big role in his musical voice and although he sings beautifully, the patterns of his speech may make or break listeners opinion of Stormy Mondays. The rest of the band is hard to argue, as a plethora of instruments and styles come into play. Folk is the biggest genre present, but essence of classic rock, country, and alternative are also present. The closest mainstream relative of Stormy Mondays would probably have to be Mumford and Sons, which means the listener should expect acoustic guitar blended with things like violin or electric guitar.

“No one needs to hear you talk, everybody loves your smile.”

Lay of the Land was made as a way for the band to fully embrace the Folk sound, while The Wading River has more of a poetic focus, which is probably why it seems to have a more soulful feel to it. The horns implemented here expand the atmosphere into something larger and more dynamic, it shows how adaptive the band can be without loosing any of the original melody.

“Run away with me my love let’s be foolish and brave.”

Tracks like “The Finish Line” and “Silent Star” really paint a musical painting of rich collaboration and delight. If these songs are elaborate enough for the listener to get lost in, even for a short amount of time, then Stormy Mondays has achieved their goal. Aside from the members on the band, a number of guests make appearances with many unexpected instruments such as the hurdy- gurdy, clarinet, and flügelhorn. Fun fact, the band won a competition with NASA and will have their music played on the Endeavor Space Shuttle while in space.

“When you follow your dreams you never reach the finish line, it’s always slipping away from you, that’s what keeps you alive.”

Who are these albums for? Those that want calming guitar, moving Americana, or anything that feels similar to Bruce Springsteen. Who are these albums not for? Those that want high-energy, darker atmosphere, or a voice that feels familiar. In the end, Stormy Mondays will continue to lay it all out for the listener, if they can manage to help someone get lost in the magic of music then all is well.

folk, Stormy Mondays, The Lay of the Land, Underground Examinations, Wading the River