Hillary Clinton Is a Force to Be Reckoned With 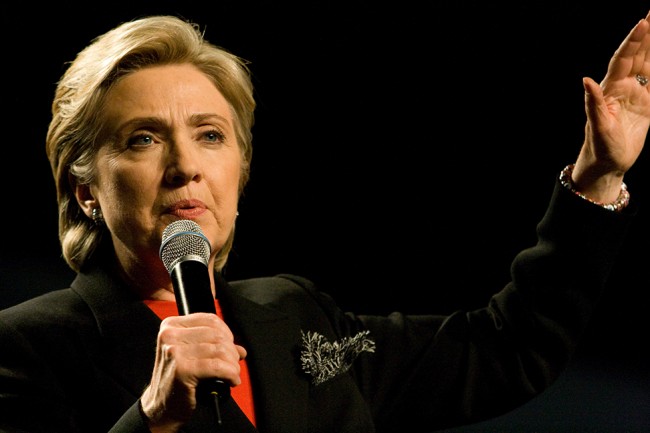 As a woman who has been on a mission from a young age, Hillary Clinton is a force to be reckoned with. Her mission was inspired by her mother Dorothy. Her mother’s troubled upbringing included being shunned from her biological parents and given to relatives who did not want to raise her. Dorothy realized the only way she was going to to make it in a world where she was not wanted was to work and support herself. Therefore, at the age of 14, she became a housekeeper and a babysitter while still attending high school. Because of her mother’s less-than-happy upbringing, her daughter was inspired to help children.

Clinton’s zest to prove herself in a world run by men first led her to attend Wellesley College. In 1969, she became a student leader. Elected by her peers, she became the first student speaker and is quoted as saying: “We arrived at Wellesley and we found, as all of us have found, that there was a gap between expectation and realities.” However, instead of being discouraged by the gap and becoming cynical, the women were inspired to make changes to close these “gaps.”

The Wellesley graduate was at first active in the Republican party. She campaigned for Barry Goldwater in 1964, only to be inspired later to go into public service by a speech she heard Reverend Martin Luther King Jr. give. This led to her becoming a Democrat in 1968.

During the 60s, Clinton was a force to be reckoned with in many people’s minds. Obtaining her law degree from Yale University, she set about making her mark. She stomped through life with vim and vigor, leaving in her wake a laundry list of accomplishments.

After she married her husband, Bill Clinton, in 1975, she was the first lady of Arkansas from 1979-1981 and again in 1983-1992. She set out to improve educational standards and healthcare access, and went on to tackle these same issues after her husband became president. She lost the first round with the insurance companies, but she did not let it stop her. She was instrumental in the foundation of the Children’s Health Insurance Program, which serves 8 million children.

Clinton again proved she is a force to be reckoned with by leading the U.N. Fourth World Conference on Women in Beijing. . Her groundbreaking speech inspired women around the world, with statements such as “Human rights are women’s rights. Women’s rights are human rights.”

Her reputation has suffered from controversy in recent years, due to missteps during her term as Secretary of State under President Obama, including the failure to act to prevent the attack in Benghazi and her use of a personal e-mail server for government e-mails. Despite criticism, Clinton continued her quest to become the first female president of the U.S., and is currently the front-runner for the Democratic nomination. Her perseverance alone has made her a force to be reckoned with, regardless of how the 2016 campaign turns out.