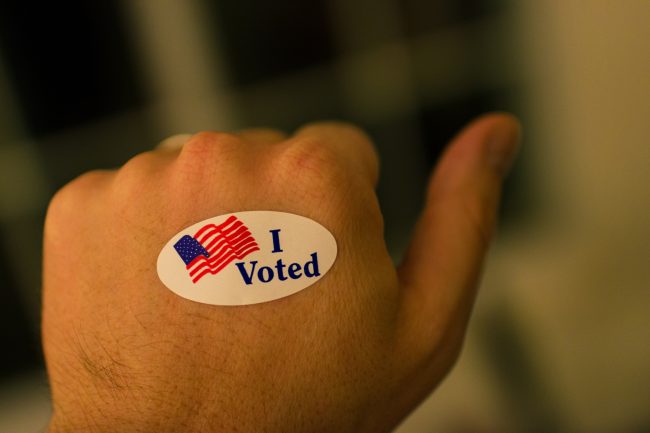 Hillary Clinton secured the majority of votes in five of the six states that held primaries and caucuses on June 7, 2016. Although Donald Trump became the presumptive nominee for the Republican party in May, he continued to rack up the votes. Both candidates celebrated.

The first state to report their vote tally was West Virginia. Clinton beat Bernie Sanders by 26.4 percent. Associated Press (AP) declared her the presumptive nominee for the Democratic party.

Next, Sanders supporters gave him the win in North Dakota. He secured 38.6 percent over Clinton. Winning in North Dakota encouraged the Sanders campaign. They have repeatedly stated it will not be over until the last vote is counted.

However, the votes from other states came in much closer. When the New Mexico’s winner was announced, Clinton beat Sanders by only 5.4 percent. In South Dakota Clinton barely bests Sanders. The votes came in at 51.1 versus 48.9 percent.

According to “The New York Times,” at 1:14 a.m. EDT, on June 8, the numbers for Montana and California are still too low to call. However in Montana, the numbers are close between the Democrats. In California, Clinton holds a sizable lead over Sanders with only 24 percent of the votes counted.

District of Columbia is the only Democratic primary remaining. Those voters will have their say on June 14, 2016.

UPDATE June 8, at 3:28 a.m.: According to The New York Times, Sanders was projected the winner of Montana’s primary. With 54 percent of the votes tabulated Sanders had 50.5 percent against Clinton’s 45 percent. At this time, the total was too close to call in California.

UPDATE June 8, at 11:10 a.m.: Clinton has won in California, with almost all the precincts reporting, she secured 56 percent against Sanders’ 43. Even though Clinton has the number of super and pledged delegates to be the presumptive Democratic nominee, Sanders stated he will continue his campaign through the upcoming District of Columbia primary.

Guardian Liberty Voice will provide updates about the primaries as the numbers become available.