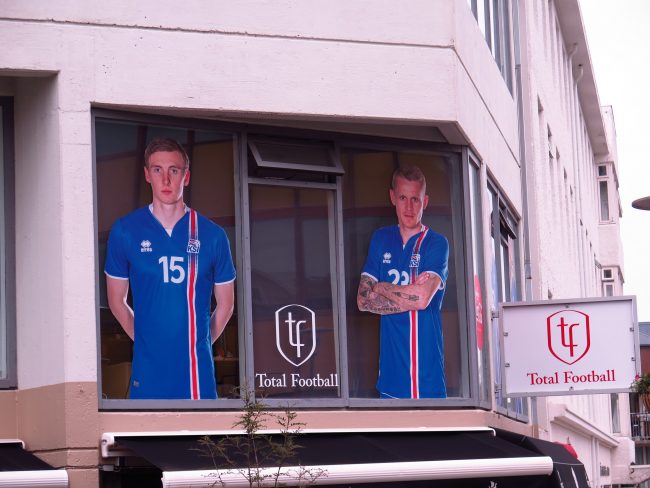 Iceland managed to pull off one of the biggest stunners in recent football history on Monday, June 27, 2016, as they eliminated heavily favored England from the second round of the Euro 2016 tournament. Against all odds, the tiny country in the northern Atlantic will now move on to meet host France in the quarterfinals in Paris, while the English national team was sent home in disgrace. It was a shockingly early exit for a team that had high expectations. Already, some reverberations are being felt as coach Roy Hodgson resigned from his position right after the game.

Some suggested that it was this sport’s equivalent to David versus Goliath, but few believed that Iceland could actually win this game. Now, they actually did manage to pull off what some are already calling perhaps the biggest upset in the sport’s history. It just seemed unlikely that a country with a population of just over 331,000 people would have the level of talent and skill required to defeat a much bigger nation of well over 54 million people – and a country known for harvesting some major football talent, at that. Yet, despite no one giving the tiny country any chance, Iceland ultimately managed to pull off the historic stunner and eliminate mighty England from the Euro 2016 tournament.

Consider some of the differences between the two countries. In their history, England has managed to win 545 games overall, while Iceland has won less than a quarter of that amount, with 121 total wins. Historically, this was England’s 93rd match at a major tournament, while Iceland was playing in only their fourth match at a major, as this was their first ever turn at one. Icelandic players are worth an estimated 13.18 pounds, while English players are worth an estimated 3.39 billion pounds. Overall, England has 163 times a number of people than the nation that defeated them yesterday. In short, England is a major power. Furthermore, the team and their fans fully expected to win fairly easily and advance in this tournament.

However, it was not to be. England’s defeat comes less than a week after the aftershocks of the historic Brexit vote, when the British people voted to leave the European Union, the English national team is leaving Europe following a shocking loss to a tiny and seemingly overmatched nation. For their part, British sports journalists tried to encapsulate just how big this defeat was for their country. BBC sports journalist Gary Lineker suggested that this was the worst loss in England’s history, and added that there were move volcanoes in Iceland than professional football players.

Yet, it was England that managed to jump ahead early, after a successful penalty kick by star Wayne Rooney in the fourth minute. However, Iceland was able to score an equalizer almost right away to tie it when Ragnar Sigurdsson scored in the sixth minute. England looked nervous and visibly uncomfortable after that. Not much later in the first half, Kolbeinn Sigthorsson was able to get the ball past English keeper Joe Hart. The English side had some decent opportunities thereafter but none of them materialized into actual goals, as Iceland managed to hold on for the huge win while they eliminated a stunned England from the Euro 2016 tournament.

The enormity of this upset had some parallels with the historic Brexit vote last week. Both were shocking results that disappointed many in England, and both were almost immediately followed by announcements of resignation by high profile individuals. Not surprisingly, it was also the butt of many jokes and pointed commentary. An Icelandic commentator said that England could now go out of Europe and go wherever the hell they wanted following their loss.

While the English are still dealing with both the shock of the Brexit vote and their team’s epic failure, tiny Iceland is celebrating in a big way after it eliminated a truly stunned England from the Euro 2016. This is a country with a significantly smaller population than the city of Cleveland, Ohio, as well as smaller than Leicester, England. Yet, it has managed to advance much farther than anyone really expected them to. This was the first time that the tiny nation in the North Atlantic managed to qualify for a major tournament, which itself was cause for massive celebration for Icelanders. Then, their team defied the odds again by qualifying for the second round. Most importantly, they have managed to live to play another day, which is more than can be said for England right now.