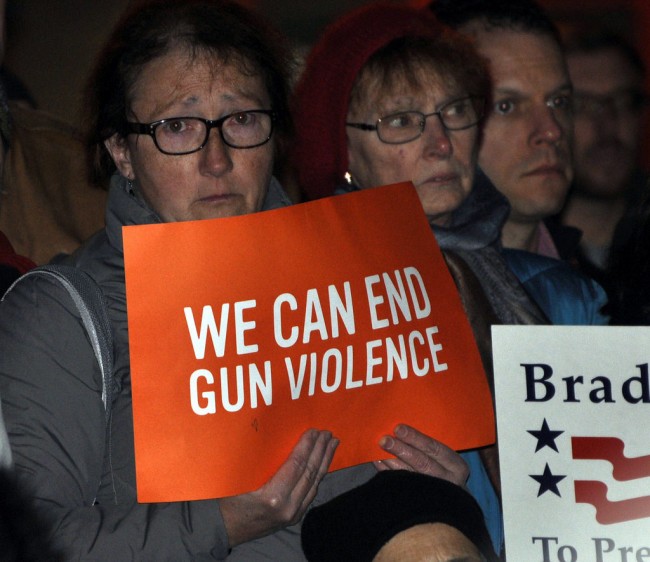 June 2, 2016, marks the second National Gun Violence Awareness Day. The suggestion is that people wear orange to let others know they are supportive of the event. According to “Huffington Post,” gun violence kills at least 36 people each day in the U.S. and the nation does not even blink.

“Huffington Post” stated there were 142 shootings at schools between the rampage in December 2012 at the Sandy Hook elementary school in Connecticut and the Oct. 1, 2015, massacre at the Umpqua College campus in Oregon. Between 2014 and 2015 the number of gun-related violence incidents was estimated to have grown by 300 percent.

During the 2016 Memorial Day holiday weekend, the unofficial start of the summer season, there were record numbers gun-related incidents. There were eight fatalities and 62 wounded as a result of gun violence in Chicago.

On June 1, terror erupted in the form of gunfire on the UCLA campus, that left two dead in what the police are touting as a murder-suicide. Within the same time frame, there was a Madison County Sheriff’s deputy shot during an attempt to serve a warrant. The person who allegedly shot him was pronounced dead at the scene.

On June 2, 2015, there was a plea put forward nationally for people to set aside the day and acknowledge that the violence and tragedy associated with guns is a real problem in the U.S. However, the idea occurred two years earlier. In the South Side of Chicago, a young woman was murdered, and her friends asked other students to wear orange in honor of their slain classmate.

Why orange? According to the Wear Orange website, the color is a symbol of life. It is the color of safety vests, which are worn by hunters so others can see them moving through the woods or brush when they are hunting. It is also, the color used to indicate caution is necessary. #WearOrange is used on social media to promote National Gun Violence Awareness Day.

Millions are coming together to fight for an end to gun violence in America. If you believe there’s more we can do to help save American lives from gun violence, you are Orange.

The national campaign is coordinated by Everytown for Gun Safety Action Fund. They are a non-profit organization, and their primary goal is to provide education to the media, the public and policymakers about dangers and realities associated with gun violence. Everytown also advocates for stronger laws to keep guns out of the hands of criminals and to prohibit illegal sales of weapons.

The second National Gun Violence Awareness day will be celebrated in the U.S. by many cities. The Oregonian stated that the Morrison Bridge will join other skylines and buildings by using orange lights to place a visual acknowledgment of the event. The bridge, which spans the Willamette River and connects Southeast Portland to downtown, will be lit with the color orange from 8:00 p.m. PST on June 2, 2016, and will remain on through dawn the next morning.

Charles Hale, the Portland Mayor along with other mayors from the surrounding towns, announced their support of the day. Hale invited residents to participate in a program that will take place between 7-9 p.m. on June 2. The First Unitarian Church on SW 12th Street will host survivor stories, music and poetry. Then there will be a walk to the bridge that will bring together Portlanders who wish to honor the Second Annual Gun Violence Awareness Day.