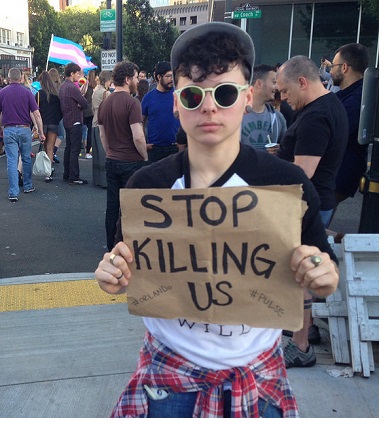 The recent massacre in Orlando that targeted the LGBT community is un-American in every way imaginable. The tragedy, which claimed the lives of 50 people while injuring another 53, took place at Pulse Orlando. This club was opened to give the LGBT community a safe place to congregate, dance, and have a great time. This weekend several events were scheduled to take place across the country in lieu of Pride month; although many others will go on uninterrupted they will all, however, be gripped with fear due to the un-American nature of the recent tragedy.

Reportedly, the man responsible for the killings, Omar Mateen, was angered after seeing two men kissing. An extreme manifestation of homophobia caused the massacre, which has been labeled a hate and terroristic crime. The Pulse massacre may be the most extreme manifestation of homophobia witnessed to date, but the fear associated with it is something the LGBT community has become too familiar with. This, unfortunately, is the same type of hate that fueled the deaths of nine people in a South Carolina church. Americans should be just as outraged by this as they would any other heinous act.

This country was built on the fundamentals of freedom. Why does this liberty only apply to a select few? As long as it does not cause harm to others, people should be allowed to express their truth without the fear of being killed. Being despised and rejected is always a possibility whenever people choose to color outside of the lines, but fear for their lives should not be a concern. This attack on the LGBT community is un-American in every way. Ironically, it happened during Pride Month.

The month of June is hailed across the nation as LGBT Pride Month. The purpose of the commemorative month is to recognize the impact that lesbian, gay, bisexual and transgender individuals have had on history locally, nationally, 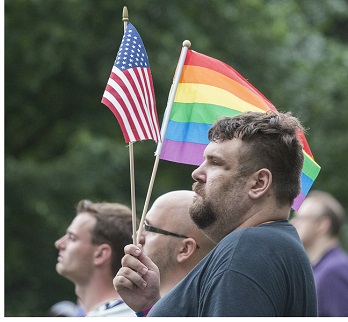 and internationally. Initially, “Gay Pride Day” occurred on the last Sunday of the month in the USA, but soon expanded to encompass month-long activities and events. Memorials are held around the nation during Pride Month to honor those who have died from HIV/AIDS or those who have been victims of hate crimes such as the one at Pulse on June 12, 2016.

As reports of the Orlando LGBT Massacre continued, people began asking when all the hate and gun violence will stop. Unfortunately, it probably will not. Hate crimes against LGBT people often occur because the perpetrators are homophobic or transphobic. As more people drop their guards and learn to be accepting of others, hate will simultaneously increase. Despite the many advances within the LGBT community, discriminatory attitudes are still very common. According to Mark Potok of the Southern Poverty Law Center:

LGBT people are more than twice as likely to be the target of a violent hate-crime than Jews or black people. LGBT people have been vilified for as long as any of us can remember, and vilified in a particularly nasty way. They’re described as perverts, as people who seduce children, as people who engage in horrible, unnatural practices. There’s all kinds of hatred in this country, but it’s rare to have a group described in such incredibly demeaning terms.

Gun violence is undoubtedly a problem in the United States; however, the bigger problem is intolerance. If people were accepting of others, not like them, there would be more love, harmony, and peace in the world. Much of the tension witnessed in society is saturated by conflicting ideologies and people’s unwillingness to accept another person’s truth as it relates to lifestyle, culture, race, and religion. The reality is, all forms of discrimination come from a place of fear. Intolerance is a byproduct of being afraid of a loss of power, which creates an overwhelming need to control others with what one believes to be true.

Despite individual beliefs and preferences, the Orlando LGBT massacre is Un-American in every way. It is acceptable to stand by one’s personal beliefs and ethics, but to target others for theirs is not. It is never okay to exchange love for hate. Instead of allowing hate to be the driving force, why not become fascinated with the unique configuration of others including the life experiences that shapes their unique perspective. Anyone, religious or otherwise, that felt or expressed anything outside of sympathy for these victims and their families is also un-American.

The Daily Beast: Omar Mateen Committed LGBT Mass Murder. We Must Confront That.
Library of Congress: About LGBT Pride Month
The Atlantic: The Extraordinarily Common Violence Against LGBT People in America