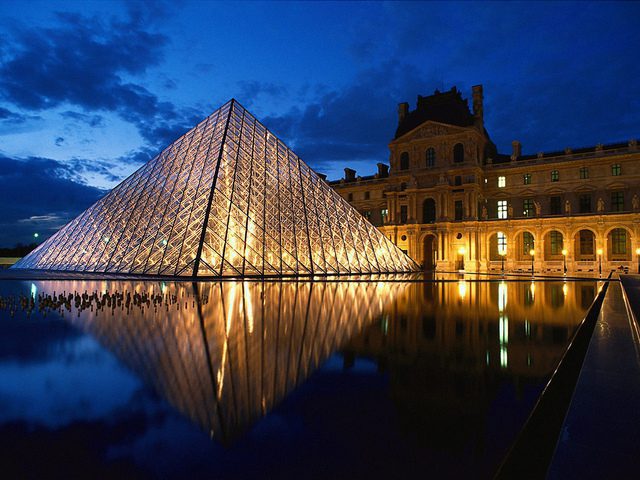 As the Nazis approached, the Louvre Museum famously evacuated its valuable treasures out of harms way. Now, the Lourve and Musée d’Orsay have spent the past 24 plus hours trying to move the art from the Paris museums’ galleries and storage spaces to safety ahead of a different threat, the Seine River, which is at its highest level in 30 years.

As noted by a pop-up message on the Louvre’s Website: “Exceptional closure – Due to the level of the river Seine, the musée du Louvre will be exceptionally closed to the public until June 7, 2016 to ensure the protection of the works located in flood zones.”

The two museums are closed for several days as literally 100,000s of artworks that were carted from lower levels up to safety sit in the middle of their upper floors. Workers stacked countless boxes with fragile and valuable statues, vases and artworks that are now stacked throughout the upper corridors.

The two best-known Paris museums boast many of the world’s most valuable works of art. The Louvre has the world’s largest collection, including iconic works like Leonardo da Vinci’s “The Mona Lisa (or La Jaconde)” painting, the Greek antiquity sculpture “The Venus de Milo” and the monumental Hellenistic sculpture “The Victoire de Samothrace (Winged Victory).” The d’Orsay has a vast collection of Impressionist paintings, like Edgar Degas’ “L’Absinthe,” Vincent van Gogh’s 1889 self portrait and Pierre-Auguste Renoir’s “Bal du moulin de la Galette,” as well as well known pieces like James McNeil Whistler’s painting of his mother.

The Louvre and the d’Orsay, as well as many other Parisian landmarks, are adjacent to the river that flows through the heart of the city. But, the picturesque walkways along the riverside, nearby metro lines and area parking lots have become flooded as rain-drenched tributaries around the French capital surge into the main river and threaten sections of the city with flood waters.

Right now, the worst affected areas are just south of the capital, near Orly airport. In Villeneuve-Saint-Georges, soldiers and Red Cross volunteers are helping stranded residents. In Corbeil-Essonnes, people are kayaking down streets impassible by car.

However, the Seine is expected to peak at about 21 feet on Friday. That flood level combined with the city’s natural groundwater is expected to push water into basements and low-level buildings, which is what prompted the art exodus.

An emergency flood plan for the Louvre was developed in 2002. The plan calls for safeguarding the artworks within 72 hours of an alarm being raised. Under the plan, for which an evacuation drill was reportedly held in March, not all artworks are created equal. Just as the Paris museums did in the face of the 1938 Nazi Germany invasion, the staff established a priority for transferring artworks by their vulnerability, value and location within the facility. For flooding, the evacuation plan also takes into consideration which parts of the museum are nearest to the river.

Like any large city adjacent to a river, Paris has had flood problems before. The last time the water levels reached a comparable height as today was in 1982. A flood in 1910 devastated entire neighborhoods and the Seine ultimately hit 28 feet.

The threat to the Louvre worsened in the late 1980s. The remodel that included construction of the I.M. Pei glass pyramid, new entry hall and revamped storage areas put huge chunks of the museum underground. Taking advantage of the underground space works well on hot summer days, but today it makes the need to move art to safety when the Seine does flood near the Paris museums.

Sources:
New York Times: Eerily Empty Louvre: What It’s Like When Floods Keep Tourists Away
Wall Street Journal: Louvre Races to Protect Art From Seine’s Rising Waters
“The Rape of Europa: The Fate of Europe’s Treasures in the Third Reich and the Second World War” by Lynn H. Nicholas, Vintage, 1995