The First 2021 European Capital of Culture Is Timisoara

By Bianca-Ramona Dumitru on September 16, 20162 Comments 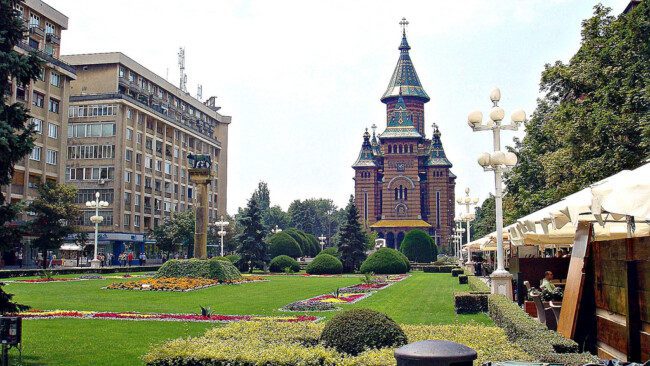 On Sept. 16, 2016, the European Union designated one of the three European Capitals of Culture of 2021. The officials selected the city of Timisoara, Romania for its diversity and cultural values. Three other Romanian cities were in the final: Bucharest, Baia Mare, and Cluj-Napoca. In the next couple of months, two more European towns will receive the same title.

“Light up the City Through Yourself”

An international judge selected Timisoara, the city that has a cultural strategy based on the motto: “Light up the city through yourself.” Timisoara is the main economic and social center in the west of Romania. It is the first European city that installed the electric street lamps in 1884. Moreover, it is the first Romanian town that used the horse-drawn trams.

According to their candidature’s project, Timisoara has potential on a continental level. Called Little Vienna, the city is characterized by a multicultural diversity, found in the architectural elements and traditions.

To prepare for being the 2021 European Capital of Culture, Timisoara needs a budget of $54.1 million, of which $1.6 million will be covered by the European Commission. Timis County and Romania’s national budget will contribute to the remaining amount of money.

The Concept of the European Capital of Culture

In 1985, the ministers of culture in Greece and France developed the idea of the European Capital of Culture. Their inspiration was Europe’s cultural diversity, rich history, and values. According to the European Commission, the initiative is meant to improve European citizens’ sense of belonging to a cultural area and encourage the culture’s contribution to the evolution of cities.

Over 50 Capitals of Culture

Including the two cities that hold the 2016 title, 54 towns all over Europe represented the continent’s cultural diversity. The first European Capital of Culture was Athens. Since 2000, when nine cities tried to express the richness of Europe, the European Union has designated two or three towns to be the Capitals of Culture.

As of this report, EU indicated the following cities that will be representing the continental history and values in the next four years:

Three European Capitals of Culture in 2021

Three cities will be the 2021 European Capitals of Culture. The EU indicated the first of them on Sept. 16, 2016. Timisoara will be the second Romanian city selected as a center of culture, after Sibiu, in 2007. The two other towns fighting for the 2021 European title will be designated in October and November 2016. The candidates are Eleusis, Kalamata, and Rhodes, all from Greece, Herceg Novi, Montenegro, and Novi Sad, in Serbia.

According to European Commission officials, the title requires an investment that will help the city long after their year is over. Moreover, the boost of tourism in the area will help the entire country.