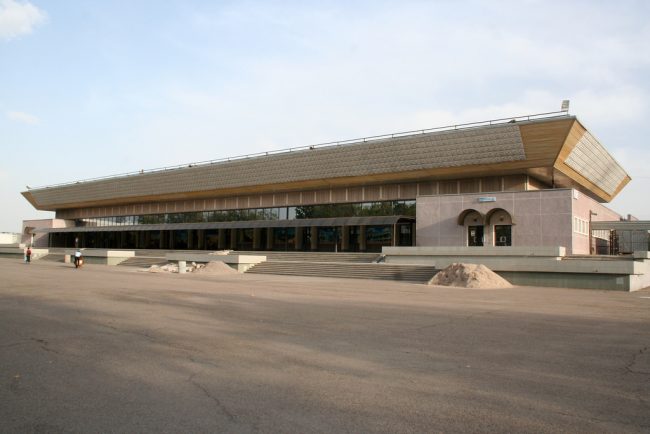 On Monday, Feb. 20, 2017, a private Tajik airline, called Somoni Air, was suddenly denied permission to fly its new route from Dushanbe to Tashkent. According to a spokesperson for the airline, the reason for the change in schedule was that Somoni Air had not filed Form R with the Republic of Uzbekistan, prior to the flight. Tajikistan’s economy recently slowed following the exodus of two major industrial companies, Rusal (aluminum) and Gazprom (gas), and this incident may reflect tensions that continue to exist in the region.

The Tajik airline has not flown from Dushanbe, Tajikistan to Tashkent, Uzbekistan, for 25 years. However, simply because the Tajik airline was suddenly denied flying its new route on Monday, that does not mean it will not be allowed access in the future. There was a test flight on Feb. 10, that was received with some fanfare in Tashkent. This is one reason why this setback came as a surprise to some. Somoni Air has taken responsibility for the incident. On Feb. 21, a day after the plane was grounded, the airline fired its commercial director, Alisher Rustamov. 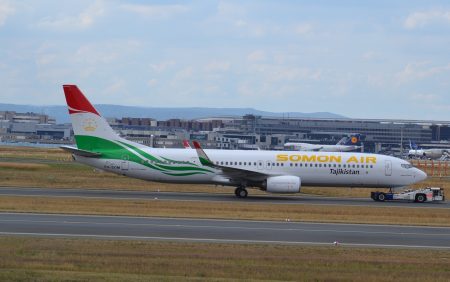 A more in-depth look may reveal that other underlying issues are involved. An anonymous Tajik official, who is apparently familiar with the situation, told EurasiaNet that Uzbekistan was not entirely on board with reestablishing the flight route. The official noted that it was Uzbekistan’s national security agency that “[denied] rights to the flight, but at the moment, nobody wants to strain ties with the neighbor. So, in order not to sour the relationship, the Tajiks have decided to take the blame.” Uzbekistan had placed a $78 airport tax on each passenger who made the flight. This, perhaps, confirms a sense of hesitation on their part.

Tajikistan is unique because over half of its Gross Domestic Product (GDP) is generated from migrant workers in Russia. Due to reliance on this source of income, Russia has also threatened to suspend flights, by airlines, from Tajikistan to Russia. These threats came after negotiations, following a Swiss Arbitration decision and a ruling by the Tajikistan Supreme Court, that resulted in financial setbacks for Rusal (aluminum importer) and the eventual release of a statement explaining that the Russian company intends to “wash its hands of Tajikistan.”

Russia has not completely written off Tajikistan though. Russian President Vladimir Putin is expected to visit Tajikistan, Kazakhstan, and Kyrgyzstan Feb. 27-28. It was reported that Putin would like to entice Tajikistan to join the Eurasia Economic Union (EEU), consolidating the countries that border China. This comes at a time when China is still investing heavily its “One Belt, One Road Initiative.” Bringing Tajikistan under the EEU could enable the development of a trade route that would aim at transporting goods through Tajikistan, Mongolia and Northern China. According to The Diplomat, Putin plans to use the Kremlin’s relationships with Glencore, a commodities producer and trader working in Tajikistan, and the developing rapport between Tajikistan and the Qatar Investment Authority (QIA), to facilitate this agenda.

The sudden denial of the Somoni Airline to complete its new route between Dushanbe and Tashkent shows that tensions remain between some of the countries in Central Asia. Consolidating under the EEU may provide a reason to loosen restrictions. Tajikistan and Uzbekistan have been at odds over the years for reasons such as, “access to water and energy resources.” This is one reason why the reestablishment of the flight route was meant to show a shift in regional relations to some of the people.