Journalists in Mexico Are in a Dangerous Profession 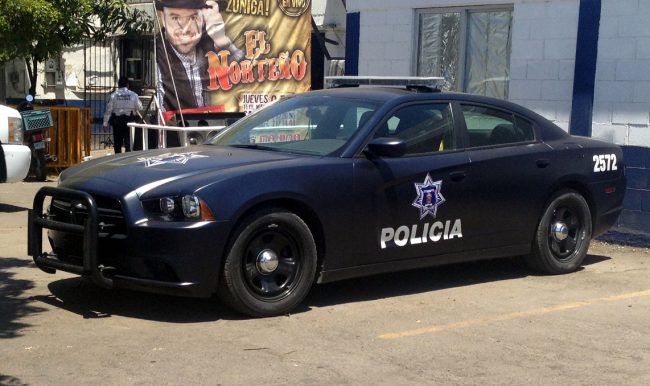 Journalism in Mexico can be a dangerous profession. On April 17, 2017, Maximino Rodriguez Palacios was the fourth reporter, in a 6-week period, to be murdered. There have been 104 journalists slain in the country, making it the deadliest place to be a news reporter.

Rodriguez was 73 years old when he died doing what he loved, reporting on the crimes in Mexico. It was November 2014, when he called a local paper about a shooting in La Paz where he lived. Rodriguez sent a story about it to the editor and some photos of the tragic event. After receiving his article the paper decided to make him their crime reporter. Rodriguez came out of retirement for this opportunity.

In Mexico, being a journalist can be deadly. All hours of the day and night are open season on reporters. Another has fallen in Veracruz, and the people gather around to pay their respects.

Octavio Bravo, a Mexican journalist, said it was like living in purgatory, as he stared at the casket of one of his fellow newsmen. The frustration from the helpless feeling of being unable to safely do their job is overwhelming.

In a 16-year period, along with the 104 journalists that have been slain, there are 25 missing and assumed to be dead. With the killing of Rodriguez, this year does not appear to be any different. Mexico lands somewhere between the failed state of Somalia and the war zone of Afghanistan, as the most dangerous place for a journalist. In 2016, 11 Mexican news personnel were murdered, which accounts for the most killings in one year.

According to Article 19, an organization that keeps a record of crimes against journalists across the globe, March was the worst month for Mexico. Some reporters were shot while outside their home, relaxing in a hammock, or stepping outside to check the mail. Seven newsmen were killed last month in the country and almost half of them by men who vanished without a trace.

There are a few different reasons for the high murder rate of reporters. Some corrupt politicians have hired a hitman to silence them, or cartel assassins became angry at the news coverage. Others were killed from random violent crimes, and a few crossed too far over the line into the dangerous world they were reporting on. However, state records indicate that public officials and even police officers have threatened journalists more than the drug cartels, or other criminals, which raises questions on how committed the Mexican government is to fighting violent crimes.

Journalism is becoming an even more dangerous profession in Mexico. There are cases of reporters being battered in their newsrooms, ordered by a local mayor. Public officials have ordered journalists to be tortured or killed. Since 2011, 800 cases of homicide, harassment, or assault have been a reported. Special federal prosecutors were created for crimes against journalists and freedom of expression, but so far there were only two convictions.

According to a Mexican official, who refused to give his name for fear of retaliation, they are either not allowed to solve these crimes or they do not want to. It would be worse for the government if it was proven a journalist was killed because of the job they were doing.

The Mexican government does not accept the criticism. They point out the laws that are in place to protect members of the journalism profession and issue armed guards for protection if the threat is severe enough.

In a statement released by the attorney general, the constant practice of freedom of expression has produced risks and obstacles. Attacks on the media are thoroughly investigated and great lengths are taken to protect journalists. However, the political figures in charge of these protective programs say that spending millions has not been solving the problem.

NY Times: In Mexico ‘It’s Easy to kill a Journalist”
NPR: A 73-Year-Old Is Latest Victim Of Deadly Attacks On Mexican Journalists
Fox News: Journalists in Mexico killed in record numbers – along with freedom of speech

Journalists in Mexico Are in a Dangerous Profession added by Katherine on May 10, 2017
View all posts by Katherine →