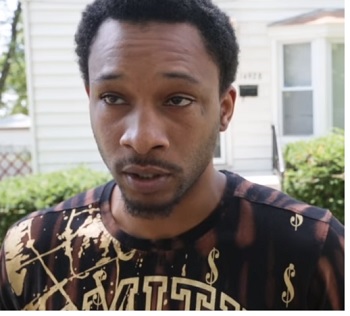 Chicago man alleges police brutality ruined his wedding day. It seems that black people cannot find safety anywhere within the land of the “free” and the place many consider home. It is disheartening to think there is not a place where darker skin color does not pose an immediate threat. America has an extensive history of discrimination, violence, and prejudice against fellow Americans who have been born with a different pigmentation.

Black Americans have notoriously been victims of police brutality. For many, who have not been touched with the sting of being black in America, it is easy to act as if it does not exist. According to the lawsuit by Joseph Baskins, this not only rings true but also ruined what he thought would be one of the happiest days of his life.
Baskins reported that three cops, who were not dressed in uniform, began hurling racial slurs at him and his fiancée before attacking him. He said:

As we got on the elevator, three white dudes joined us. They started saying racial slurs, ‘we got on the wrong elevator, black n*gger squad, black gangsters, all types of crazy sh*t.

When we got off the elevator, things quickly escalated. The elevator opened up, I’m arguing with the tall one, I guess he was the sergeant … We’re arguing. We get off the elevator. He hit me, boom! Now, we are fighting, another one tried to grab me … I get him off me. The first dude pulled out a gun. My little brother Brian kicked the gun out of his hand. I picked up the gun. I picked up the baby and left with the gun.

According to Baskins, the men who attacked him did not state they were, nor appeared to be, law enforcement. He learned upon arrest that the men were on-duty cops. On his supposed wedding night, the groom landed in jail on the account that he committed aggravated battery to one of the cops who reportedly suffered brain damage from the incident.

Unfortunately, the victim did not get married that day; his bride-to-be left him.  As a result, Baskins is suing the Chicago Police Department.  He alleges police brutality ruined his future with the woman of his dreams.

Soon after the incident, the police Bureau of Internal Affairs began investigating the three cops involved in the incident for “possession of alcohol/drinking on duty.” The lawsuit alleges that a receipt from a nearby restaurant reveals the officers had eight beers and six vodkas between the three of them directly before the incident occurred. The initial gun charge against Baskins has dropped. However, the official police investigation has continued for three years. 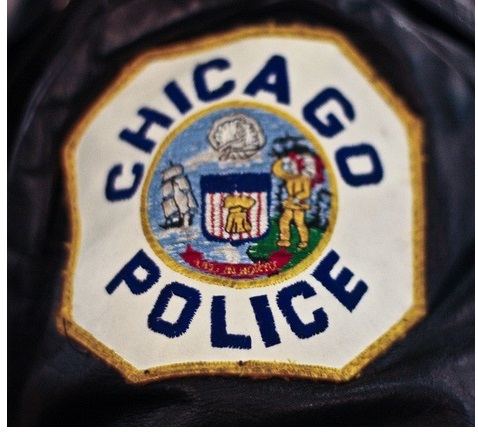 Attorney Kim Foxx, from the State’s office, refused to comment on the reason it has taken so long to dismiss the charge, but reportedly, all three officers rendered different accounts of what occurred that night. For the victim, the unwarranted night of police brutality ruined his wedding day.

It is no secret that gangs are a part of society overall and Chicago at large. However, it now appears that the street gangs have become a mini-society or subculture of the larger group of Chicago men in blue. It is a sad day when citizens are afraid of an organization whose mission is to serve and protect.

The three-year delay in dropping the gun charge confirms the victim’s suspicions. The harassment was unwarranted and just another case of alleged police brutality. Baskins said:

Took three years to dismiss all of this. I think they just wanted to hold me … to try to get any type of conviction.

At this time, the City of Chicago has not commented on the lawsuit. Many others have shared their feelings on this and other instances of unfair treatment in a country that claims “equality and justice for all.” The Chicago man has yet to marry and blames police brutality for ruining his 2014 wedding day.