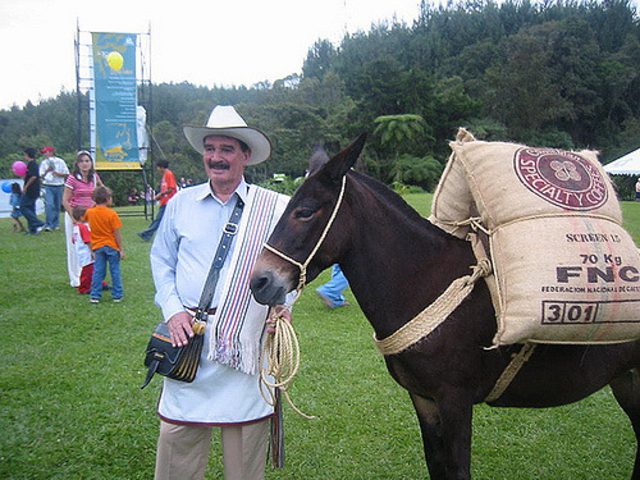 Carlos Sanchez, who for four decades played Juan Valdez, died at the age of 83. He was the apotheosis of Colombian coffee and one of the most recognizable spokespeople and pitchman ever.

His death was verified by email from Colombia’s National Federation of Coffee Growers. The cause of his death is unknown.

As the Valdez, Sanchez first appeared in 1969. He took over the role from Jose F. Duval, a Cuban actor who had played the character since 1959.

Sanchez was Colombian who actually grew coffee as a child. The character he played, Valdez, was a farmer with a kind expression, an abundant mustache and a mule who was his sidekick named Conchita.

The actor became a representative for the farmers who grew Colombia’s coffee beans and Columbian Coffee.

In a 2001 interview for the New York Times, Sanchez mentioned that he presented a positive image of a Columbian coffee grower.  He wanted to depict the farmer as being hard-working, traditional and honest.  One of his goals was to give the public a positive image of the country that is often associated with drug trafficking and terrorism.

Valdez has been honored by numerous advertising groups. The character also became the mascot for a number of cafes in the U.S., and he had a cameo in the Jim Carrey movie “Bruce Almighty.”

Sanchez is survived by his wife and two children.