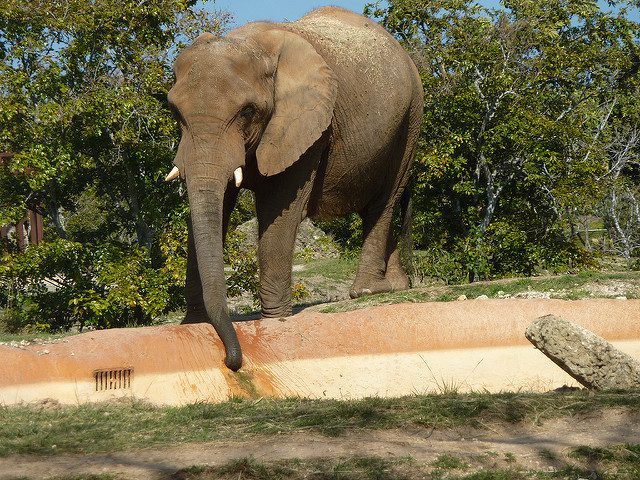 Zoo Miami announced on Feb. 25, 2019, that Cita, a 51-year-old female elephant died on Feb. 22 after a confrontation with an African elephant named Peggy. The zoo said Peggy knocked Cita down and she did not recover.

Cita’s necropsy showed that the elephant had a blood clot which may have led to her death.

Zoo Miami’s spokesperson Ron Magill said Cita suffered from many age-related problems such as advanced arthritis. When Peggy knocked Cita down, the elephant could not get up, and she threw a blood clot which contributed to her death.

Magill also said that elephants have a hierarchy within their herds and confrontations to reinforce the animal’s status. This happens regularly and is not uncommon. Magill felt that Peggy might have been showing Cita her dominant roll in the family.

Cita and another female elephant named Lisa arrived at Zoo Miami in April 2016, after being transferred from the Virginia Zoo. Already at the Zoo were African elephants named Mabel and Peggy. The group was dubbed “The Golden Girls” because they were all 40 years old or older, and they lived in Florida.

There are two female elephants left at the zoo. Lisa died in 2017 after developing mesenteric torsion, which is a disease that entails the intestines twisting around the mesenteric axis.