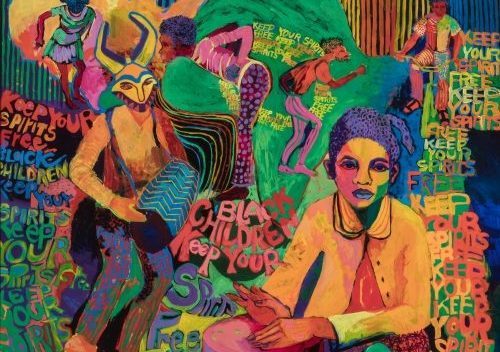 Black History month may have been February, but several museums in Los Angeles are highlighting observations and images created by black artists in a series of new exhibitions this Spring. The Broad, Skirball Cultural Center and Los Angeles County Museum of Art (LACMA) typically highlight other artists and periods. However, the trio of museums, along with the California African American Museum (CAAM), have major exhibitions featuring works from black artists.

It has been more than 50 years since the Civil Rights unrest, assassinations of Dr. Martin Luther King Jr. and Sen. Robert Kennedy, and American athletes raised black-gloved fists at the Olympics to protest U.S. racism. While things have changed, and a black man since occupied the White House, the art exhibits illustrate how far American cultural and attempts at equality still have to go (as if Trump rallies did not illustrate enough.)

Here are details on the exhibits: