Joseph Pilato ‘Day of the Dead’ Star Dies at Age 70 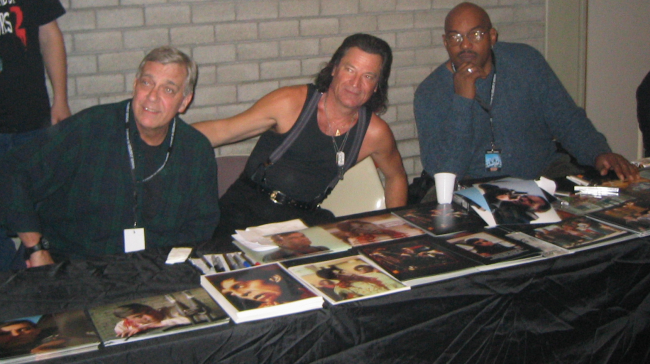 Joseph Pilato, best known for his role portraying Captain Rhodes in ‘Day of the Dead’ from George A. Romero and later voiced the character of MetalGreymon in “Digimon” died on March 24, 2019. He was 70 years old, and a cause of death was not mentioned.

Marty Schiff, a friend of Pilato, wrote on Facebook that he was sad to have to tell everybody that Pilato died in his sleep. He then said RIP.

Fans and friends wrote under the message their condolences.

The Iconic horror actor worked up to his death. In 2016 he appeared in the movie “The Chair” which was based on the comic book series from Peter Simeti of Alterna Comics. Internet Movie Database (IMDb) shows the last movie Pilato appeared in was “Shhhh!” which was released in 2018. The movie was a horror comedy telling the story of a serial killer who targeted people who disrupted a film in a theater.

Pilato also appeared in “Night of the Living Dead: Origins 3D” in 2015. He had small roles in “Gung Ho” from Ron Howard and “Pulp Fiction” from Quentin Tarantino.