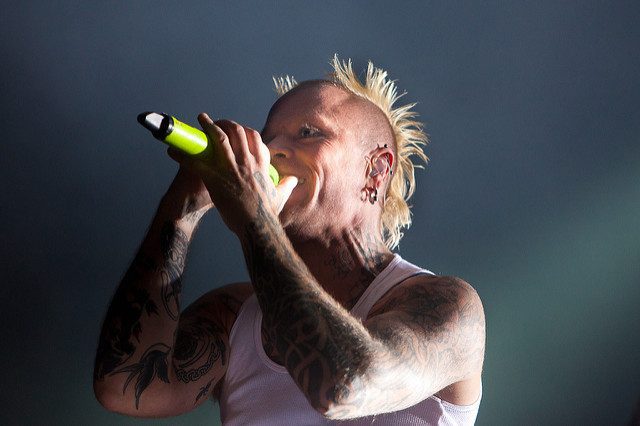 Keith Flint lead singer for the band Prodigy who was best known for his fluorescent spiked hair was found dead in his home on March 4, 2019. He was 49 years old.

A police spokesperson said in a statement that Essex Police was called to Flint’s home in Brook Hill, Essex for a welfare check at 8:10 a.m. GMT. When they entered the house, they found Flint dead. Police notified his next of kin. He also stressed the death is not suspicious.

Prodigy was set to tour the United States in May. On the band’s official Facebook Page, they wrote that the band was in shock and it is with the most profound sadness that they can verify the death of their best friend and brother Flint. The said he was an innovator, pioneer, and legend. Flint would be missed forever.

The band asked for their privacy to be respected during this difficult time.

Fans and celebrities took to Twitter with their condolences.

Ed Simmons of The Chemical Brothers tweeted that Flint would always be remembered as a great man and he was always fun to be with.

Chase & Status tweeted that they would not be here if it were not for Flint and his music that was life-changing.

Flint leaves behind his wife Mayumi Kai who is a Japanese DJ. His last performance was Feb.5. 2019 at Trusts Arena in New Zealand.