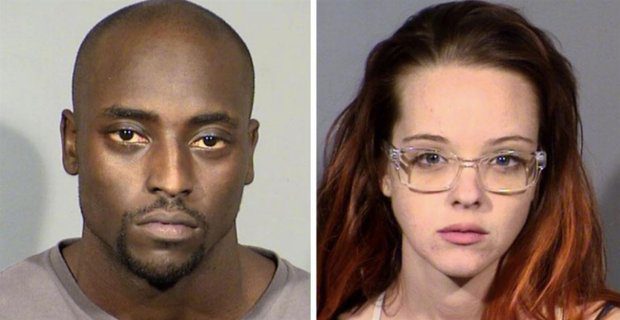 Cierre Wood who is 28 years old and played for the Buffalo Bills, New England Patriots, and Houston Texans is facing charged of child abuse and murder of a five-year-old girl.

It is alleged Wood, to punish the five-year-old, made her perform rigorous exercise which killed her.

Wood appeared in a courtroom in Las Vegas on April 16, 2019, on the charges of murdering his La-Rayah Davis, the daughter of his girlfriend.

On April 9, Davis passed away. Prosecutors alleged she died because of Woods forcing her to complete a workout that was not proper for a five-year-old.

Prosecutors allege Woods felt Davis had behavioral issues. He also described the girl as being “chunky.” To punish her, he would force the girl to perform wall squats, sit-ups, and run multiple wind sprints in their apartment.

Wood admitted on April 9; Wood admitted Davis could not finish the second set of sit-ups he ordered her to complete. When trying she fell backward and hit her head hard against the floor.

When Davis got to her feet, she swayed and collapsed. The girl was pronounced dead shortly after.

Officials said Wood had a slogan for his punishment, dubbing it “Learning through fun.”

Amy Taylor, the child’s mother was also charged with one count of murder. Officials alleged she abused the girl prior to her death.

Prosecutors claim Taylor admitted Davis was complaining she had chest pains a few days before she died. The pains originated after her mother sat on her stomach and chest as a punishment for acting poorly.

At the hearing on April 16, the judge viewed photos of the injuries inflicted on the child and said to the court, “Once you have seen these photographs you cannot unsee them.”

There is no date for the case to return to the courts.

In 2013, Wood signed as an undrafted free agent with the Houston Texans but never played. He also went to the Bills, Seahawks, and Patriots prior to transferring to the Canadian Football League. Wood last played in May 2018.