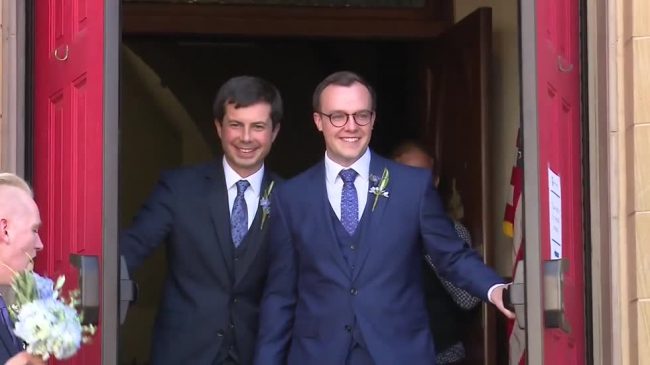 On April 14, 2019, South Bend Mayor Pete Buttigieg is the Democratic candidate who is the fastest-rising in a continuously growing field of hopefuls, officially announced he is running for president.

Buttigieg said “Hello. My name is Pete Buttigieg, and they call me Mayor Pete. I am a proud son of South Bend, Indiana, and I am running for President of the United States of America.”

Thirty-seven-year-old Buttigieg, an Oxford Rhodes Scholar, and an Afganistan war veteran, if elected would become the youngest president and the first openly gay.

Buttigieg considers himself a political progressive; his message is he is a representation of millennials. These are the people who are interested in climate change and now are left to clean up the mess the current leadership has made of Immigration, health care, and education. 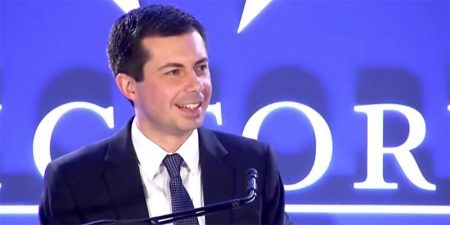 Just two months ago, Buttigieg was an unknown candidate. Now, through multiple television interviews, where he gave earnest responses which made liberal points without angering people has won financial backing and support.

Buttigieg also was not afraid to take on Vice President Mike Pence’s religious hypocrisy for supporting Donald Trump as he tries to take away LGBT rights. He said on April 7 addressing all the “Mike Pence’s who live in the world; your quarrel is not with me sir, your quarrel, sir, is with my creator.”

Pence responded to Buttigieg saying “I hope Buttigieg will offer Americans more than attacks on my Christan beliefs.”

Buttigieg chose not to mention Donald Trump by name in his speech, and he made history by kissing his husband Chasten Buttigieg, before walking off the stage to a screaming crowd.