Things You May Not Have Known About Madonna’s Children 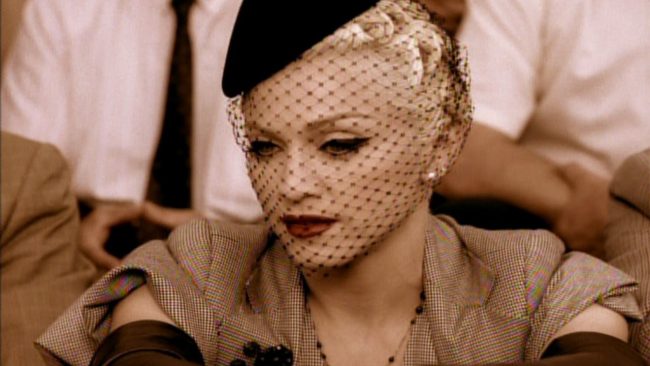 Madonna is a twice-divorced, 60-year-old single mother of six children.  Raising children is never easy.  Here are some things about Madonna’s children which may not have been known.

Mercy’s Parents Did Not Want To Give Her Away 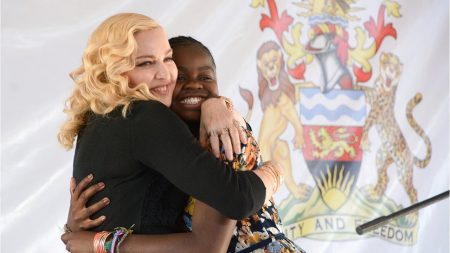 Mercy’s mother suddenly died. Her father was impoverished and was having a tough time coping and fell on hard times. Mercy’s father handed over his rights, never dreaming he would never see his daughter again.

The family claimed they were not aware of Mercy’s placement would be permanent. Madonna’s people said she was not told the wishes of the family.

In April 2009, Madonna’s application was turned down by Justice Esmie Chombo saying “Madonna is not a resident of this country. She jetted in days before the application hearing.”

Rocco And Madonna Had A Strained Relationship 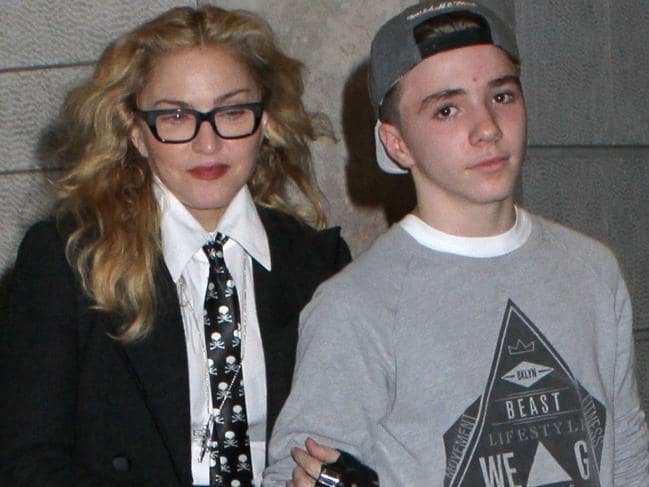 In 2015, Rocco spent much of the year on tour with Madonna. Rocco wanted to spend time with his mother. Madonna put the tour before him. A source said Rocco felt as if Madonna was “trying to micromanage is life.”

Rocco was upset that he had to follow a strict macrobiotic diet, with no salt or dairy products. He was not permitted to watch television and could have a telephone after he turned 15. If he left something on the floor, it was taken away.

Madonna said in an interview with Entertainment Weekly “My teenage son is not satisfied with my many accomplishments. All he wants me to do is cook for him.”

Rocco was also upset that Madonna shared private photos of him. One that particularly bothered him was when she shared a video of the teenager wearing orange underwear performing a backflip. Under it, she wrote the caption, “My son’s preferred profile #nosausage.”

Rocco had enough and moved to the UK with his father. He appeared to be extremely happy. When it was time for him to return to the United States, he refused. After a custody battle, Rocco’s father, Guy Ritchie won custody. 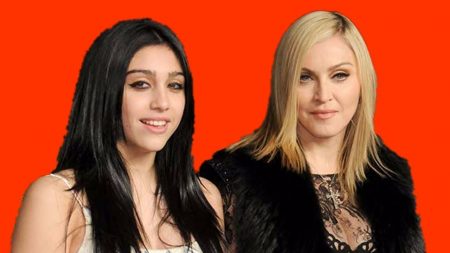 In 2010, when Lourdes was 13 and her mother 52, they launched a clothing line called Material Girl. At the launch party, Lourdes (who goes by the name Lola) bragged that her famous 52-year-old mother used to borrow the teenager’s clothes. 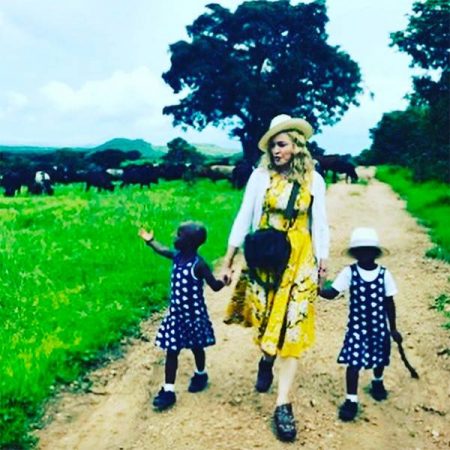 People were perplexed when the pop star was permitted to adopt four children for Malawi legally.

According to the law of the African nation, if a person chooses to adopt, they must reside in the country for over 18 months.

Madonna did not meet the requirement to adopt any of her children from Malawi. However, she was granted a waiver.

Joyce Branda, Malawi’s president at the time, did not have kind words to say at the time.

Branda, the founder, and leader of the People’s Party said:

Madonna is a musician who thinks she has to generate recognition and publicity by bullying officials of this state instead of playing good music on stage.” She continued by saying “She thinks she deserves to be revered with state grandeur.

Branda Added that Madonna expected the government to roll out the red carpet for her and give her a 21-gun salute. She also thought she deserved to be revered with state grandeur, and need to learn how to tell the truth.

The year before the adoption, Madonna lost custody of her son Rocco. In most normal circumstances, this would disqualify a person from adopting.

There were also questions about how Madonna would be permitted to adopt the girls when the father was still alive.

Madonna also did not satisfy the rule that foreigners must be residents for 18 months, before adoption.

At the time, director of Malawi’s Child Rights Advocacy and Paralegal Aid Center, Alfred Seza Munika, said “The laws regarding adoption need to be reviewed. It should be made explicitly clear what the set procedures of adoption are.”

The mother of the girls died five days after giving birth in August 2012.

The girl’s father, Adam Mwale, could not support the twins, with their five other children who were sent to their grandmother to live, who also struggled to survive. The grandmother gave the children to the orphanage.

Human rights groups feared that the publicity Madonna received surrounding her adoption would encourage poor relatives to hand over children to orphanages, instead of encouraging, helping and supporting them to keep the child within the family.

Maxwell Matwere, Director of Eye Of The Child, Malawi’s children’s human rights charity said that they were apprehensive about Madonna’s adoption. He said: “It sends the wrong signals and opens up the possibility of orphanages recruiting more children.

The culture of the country used to be if a child lost their parents, extended family would care for them. Now families are being told children they are better off in an orphanage. It was unjust to their traditions and culture and not fair to the children who have no voice.”

Matwere says orphanages in Malawi make lots of money, run by foreign agencies. Some advertise saying families would be better off in an orphanage and they should hand over their children.

He said in one orphanage that housed 198 children, only two were actual orphans. The others were like the Mwale children. They had a living parent and families but were given up because they could not afford to educate, clothe, and feed them. It was not because the family did not want them.

Madonna was so happy that the adoption went through. She released a photo of herself wearing a tea dress from the high priced clothing line Dolce & Gabbana, where dresses cost in the thousands of dollars, walking with her new daughters.

Joyce Branda, Malawi’s president at the time, did not have kind words to say at the time.

Branda, the founder, and leader of the People’s Party said:

Madonna is a musician who thinks she has to generate recognition and publicity by bullying officials of this state instead of playing good music on stage.” She continued by saying “She thinks she deserves to be revered with state grandeur.

Branda Added that Madonna expected the government to roll out the red carpet for her and give her a 21-gun salute. She also thought she deserved to be revered with state grandeur, and need to learn how to tell the truth.

Daily Mail: ‘Madonna borrows clothes from MY wardrobe,’ says Lourdes as mother and daughter launch Material Girl clothing range
Daily Mail: She’s 58, with four children already – one of whom she’s lost custody of – so why WAS Madonna allowed to adopt these twins?
Baby Gaga: 20 Things About Madonna’s Kids That Her Fans Didn’t Know