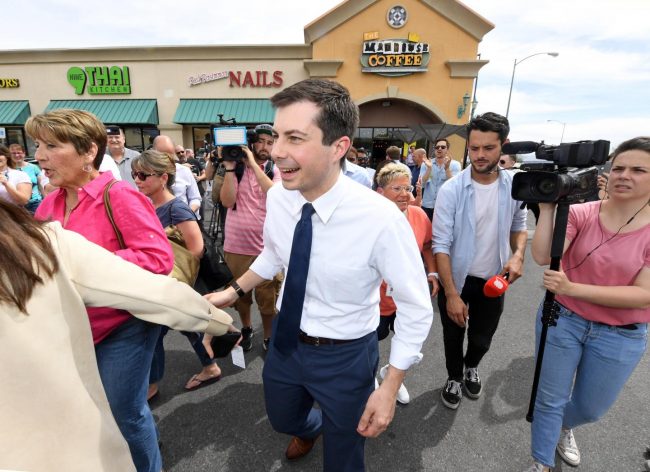 Donald Trump said in an interview on SiriusXM with David Webb that he would welcome the chance to run against Pete Buttigieg, the mayor of South Bend, Indiana. This is the first time Trump recognized Buttigieg as a presidential candidate.

Trump speculated he might be running against in 2020 former Vice President Joe Biden, Sen. Bernie Sanders (I-Vt.), of “that mayor from Indiana” referring to 37-year-old Buttigieg without actually mentioning his name.

Trump said “I think I would like to run against him. It will be interesting to see if it unfolds.” Trump said regarding Buttigieg.

Buttigieg officially entered the Presidential Race on April 14, 2019, and recent polling shows his popularity has surged.

Earlier in 2019, Buttigieg launched an exploratory committee. When he did, he was unknown. Buttigieg gained popularity and has had large crowds at campaign rallies. He also raised in the 2019 first quarter $7 million. This amount is more than Kirsten Gillibrand (D-N.Y.) and Sens. Elizabeth Warren (D-Mass.) has raised.

Buttigieg has criticized Trump in the past. He has said Trump uses “white guy identity politics” to cause a divide between middle-class Americans and the working-class.

The Hill: Trump says he’d like to run against Buttigieg