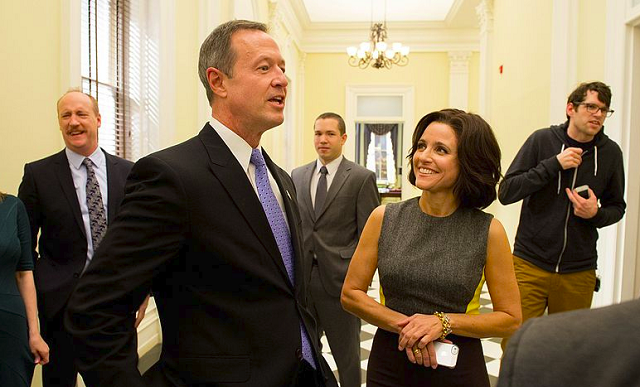 One of television’s best political satires, HBO’s hit series “Veep” mirrors Trump’s America. Now in the series seventh and final season, it gives viewers a direct connection to what happens in the White House on a daily basis.  All of the other seasons were written prior to Trump’s presidency.  However, the latest season strategically encapsulates one of “Veep’s” most notable points about America under Trump’s presidency: Politicians may be horrible, but the people are responsible.

The series follows the political career and personal life of its lead character, Selina Meyer (Julia Louis-Dreyfus).  She began the series as the Vice President and later went on to become the President of the United States. The series has received critical acclaim and has won several major awards. It has been nominated six years in a row for the Primetime Emmy Award for Outstanding Comedy Series, winning the award for its fourth, fifth, and sixth seasons. “Veep” airs new episodes Sundays at 10:30 p.m. on HBO. 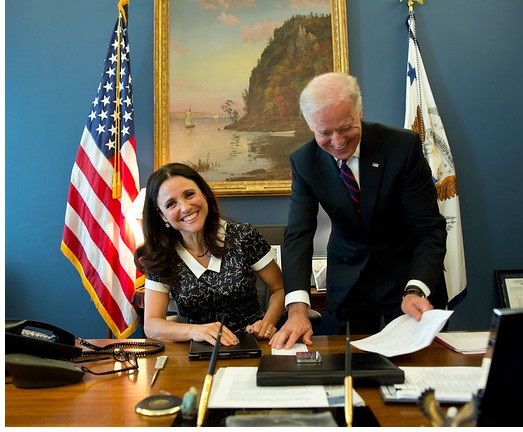 As Vice President of the United States Selina Meyer, quickly learned that the job did not capture any of her expectations, but everything her incompetent staff warned her about. This, alone, mirrors the current cabinet’s day-to-day adventures. On the most recent episode, Meyer made gains in the presidential race by tapping into the kind of instinctual sentiments that put a reality television star in the White House.

During a verbal unleashing on her daughter, Meyers unloads a host of rage. She screams at Catherine for being so passive and empathetic toward another female opponent which happens to be African American. Meyers yells:

Stop it! Stop! My God, I have had it with this whimpering and whining from you and your generation. It’s time for you to grow a pair and man the f**k up!

Immediately after unloading on Catherine, her daughter, Meyer goes back out to the political debate, which had been on a 10-minute break. She uses the same lines on her female campaign opponent and turns to her and screams, “Man Up!” Meyer argues that when she was an up-and-coming lawyer, she did not need to constantly remind people that she was a woman because they never let her forget it. She added:

Instead of using your gender to exemplify the change people want in politics, you should stop whining, stop complaining, and just man up.

The crowd goes wild! The celebration catches Meyer off guard while at the same time fuels her excitement. She keeps going and plays to the approval of the audience by repeating the stumbled upon slogan, “Man up!” Unaware of why the crowd loves her new mantra, she keeps hyping them up. In a strange similarity, Meyer becomes is the perfect representative of misguided rage. The same anger that Trump riled up in Americans who voted him into office is the anger she expresses for being passed over in politics.

“Veep” strategically mirrors Trump’s America. Meyers fumbled her way through the White House while in office and continues this style on her latest presidential campaign. The biggest difference is it is funny when actors are producing a comedy, but not laughable when it is the current reality. Despite which side of the pendulum citizens find themselves on, everyone can surely agree that it has been an unusual time in American politics, to say the least.

The seventh and final season of the series is just beginning so viewers will have to wait to see the outcome of the political simulation. However, it is very obvious that although Meyer walks around as if she has it all together, nothing could be further from the truth. Ironically, “Veep” mirrors today’s leader who acts like an all-powerful strongman, but could easily become the first President in decades to leave the office with less power than it had when he entered.

Indie Wire: ‘Veep’ Takes a Shot at Trump’s America By Becoming More Like Him Than Ever
HBO: Veep