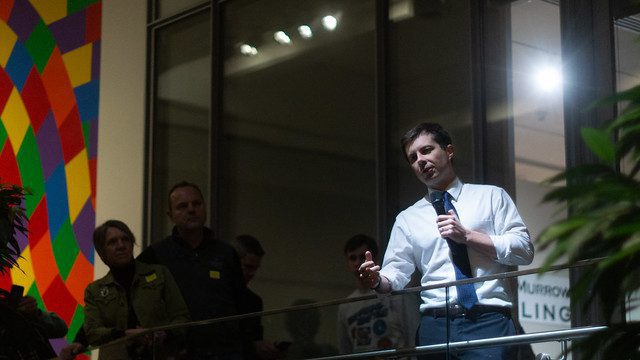 At a campaign event on May 3, 2019, in Texas, Democratic Presidential candidate Mayor Pete Buttigieg was verbally assaulted by a protester spewing anti-gay rhetoric.

While speaking, he was interrupted several times by protesters screaming “Repent,” and “Marriage is for a man and woman.”

CNN’s DJ Judd filmed the incident and posted it to his Twitter. He said under the video that the protesters interrupted Buttigieg four times. He said to the crowd after the fourth interruption with “Repent” that he did when he left for Afganistan to defend people to be able to have freedom of speech.

Beto O’Rourke who is also running from the Democratic nomination in 2020, came out on Twitter in support of Buttigieg. He tweeted: “Texans do not stand for homophobia or hatred. Mayor Pete, we are happy you came to Texas and hope you and Chasten will come back soon.”

The comments from the protesters were similar to Franklin Graham, son of evangelist Billy Graham who worked as a spiritual advisor to many presidents, both Democrat and Republican.