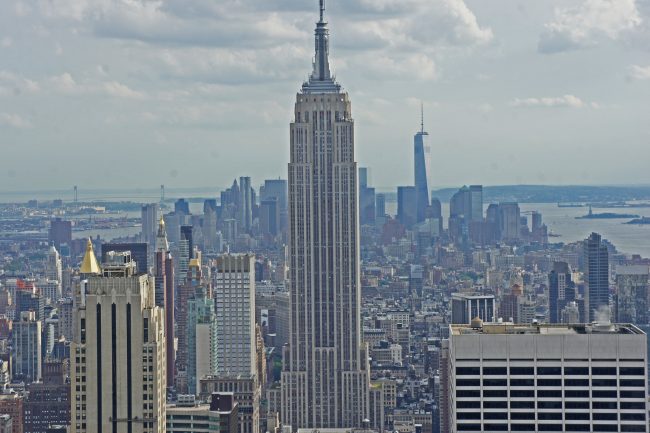 On September 21, comic book fans will be celebrating one of the most iconic superheroes to ever grace the pages of the comics – Batman. In honor of 80 years of the Caped Crusader and his adventures, people around the world will be celebrating Batman Day, including New York City.

Considering New York is said to be the inspiration for Gotham City, and has in fact been called Gotham in the past, it makes sense that the city would take part in the comic celebration. According to ComicBook, not only will the Empire State Building being taking part in Batman Day festivities, but the city will also be projecting the Bat Signal onto the Domino Sugar Refinery building in Brooklyn.

As part of the celebration, the Empire State Building will be lit up using Batman yellow, while the Domino building will have the Bat Signal projected directly onto the west side of the structure.

Ultimately, New York City is not the only city taking part in Batman Day festivities, as there are a total of 13 cities celebrating the hero. Among the cities taking part are Tokyo, Los Angeles, London, and Berlin to name a few.

Each city taking part will at least be showcasing the Bat Signal, with New York doing a bit more by adding the Empire State Building’s light display to the program. Of course, the light displays are not the only activities happening for Batman Day, with a complete list of activities being posted to the Batman80.com website. Among the activities fans can expect are runs, signings, and more, as fans around the world get the chance to celebrate the iconic hero.

According to the President of Warner Bros., Pam Lifford, “The Bat-Signal is easily one of the most recognizable images among all superhero iconography and this is going to be a remarkable sight as we transcend borders, languages and cultures to bring us all together with this single experience.”

Considering many people take inspiration from superheroes such as Batman, it makes sense that DC Comics, Warner Bros., and more would want to honor the hero on his 80th anniversary.