Iran Nuclear Deal Worth the Effort 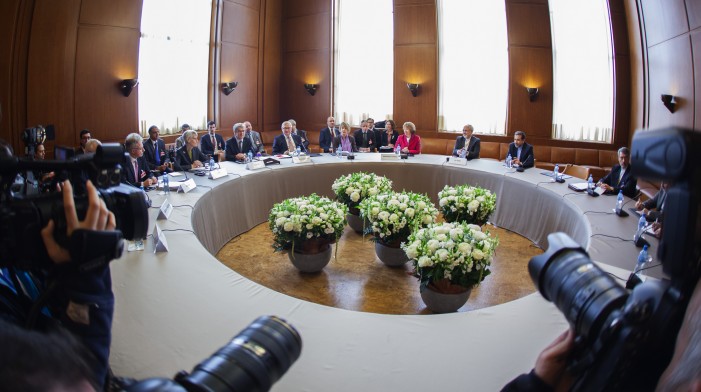 In spite of negative rhetoric and predictable posturing, the Iran Nuclear Deal is worth the diplomatic effort. Harsh words from supreme leader, Ayatollah Ali Khamenei, threaten to derail the diplomacy. Accusing the Obama administration of lying, the mullah questioned the veracity of details set forth in a presidential press conference immediately following the Swiss negotiations. […]

Khomeini is defiant against Israel & U.S. Speech says Technology is not negotiable

End of the World Talk Looms By DiMarkco Chandler TEHRAN, Iran—The Ayatollah Khomeini delivered a speech Sunday marking the 23rd anniversary of the death of the founder of the Islamic Republic, Ayatollah Ruhollah Khomeini. In the Speech, Khamemei accused the U.S. and its allies of lying about the threat of nuclear Iran to cover up […]