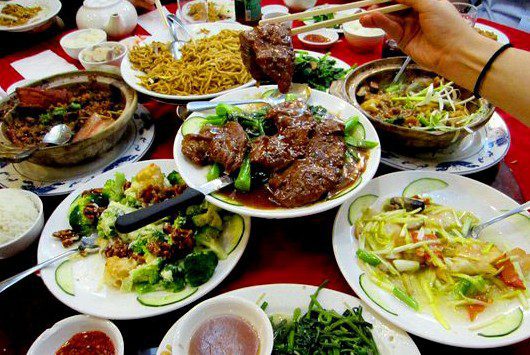 Some families have Christmas traditions involving Sugar Plum Fairies, whereas others have a tradition involving plum sauce or hoisin. The sound of Chopsticks Dec. 25 does not involve a piano; it is eating utensils digging in. For about 100 years, having Chinese food is how American Jews celebrate Christmas. As they said in Fiddler on […]

Imagine living in China and missing Chinese food. For Americans visiting or living in China, it happens. That’s because much of what Americans call Chinese food is foreign to people living over there. However, now General Tso’s chicken, beef with broccoli and fortune cookies are available at least one place in China. The Chinese food […]