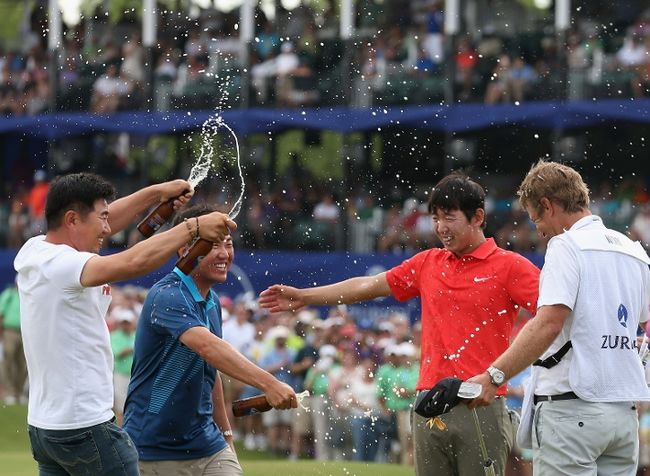 South Korean Seung-Yul Noh fought off challenges from several pursuers and 30 mph winds on Sunday to record a final-round 71 and get his first PGA win at the Zurich Classic in Avondale, LA. Noh ended the tournament at 19 under par—just one shot shy of the record score of 20 under set last year […]

South Korean Seung-Yul Noh has played bogey-free for three rounds of the Zurich Classic golf tournament and that has resulted in the first 54-hole lead of his career. Noh, looking for his first PGA win, shot his second 65 of the tournament on Saturday and leads Keegan Bradley by two shots at 18 under par. […]