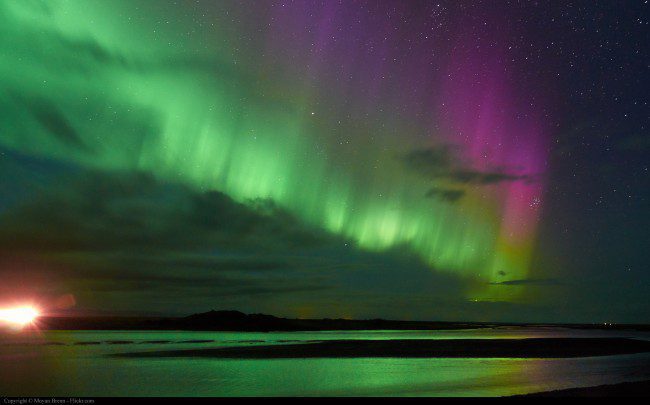 Extremely strong thunder and lightning storms moved across Manchester and Scotland Wednesday night, July 1, 2015. It was a sight to behold, according to several tweets. The storm ended the hottest day in July, recorded at 36.7 C. The heat caused Britain to experience a freak geomagnetic storm. Britain became a light show Wednesday night […]

The US Metrological department has issued a warning mentioning the recent flaring of solar eruptions could breach Earth’s magnetic field resulting in the expansion of the Northern Lights further down the hemisphere. By Thursday evening, the Northern Lights will be at their brightest illumination and maximum intensity. It could well be witnessed in the whole […]