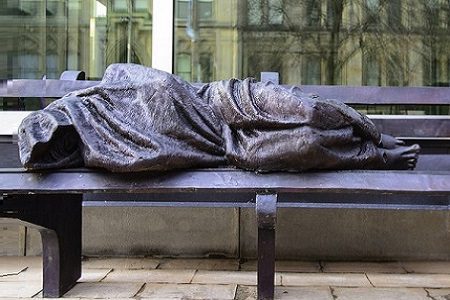 A homeless Jesus statue that depicts the Son of God as a vagrant sleeping on a park bench has sparked debate in the religious community. Jesus is laying in a blanket with hands and face obscured. The crucifixion scars on his visible feet reveal his identity. Some people believe the statue is insulting while others […]

$400,000 in US Taxpayer Money to Fund Camel Statue in Pakistan

$400,000 in U.S. taxpayer money will be used to fund a camel statue in Pakistan. The State Department claims to have limited funds, and is cutting money for all kinds of programs right and left, and yet, according to a government document obtained by the website Buzzfeed, the United States government has an extra $400,000 […]