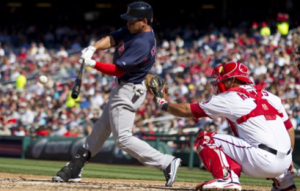 Well, here we are again at the beginning of the Major League Baseball season. As a sports writer, that just about makes it obligatory on my part to give you my picks for 2012. I will do that, but let me tell you from the top, my heart isn’t in it. Why? Let me explain.

To me, the fans should be considered the most important element in baseball. They are the ones who bring the dollars through the turnstiles. They buy the food, equipment, TV programming, etc. that provides a handsome income for all of the franchises, and in turn, the players. What I, as a fan, want in return (at least as close as possible) is to have my team, be it in a large or small market venue, have at least SOME chance of staying in contention throughout the season. Staying in contention just means giving the fans a rooting interest well into the season. The only way we can get close to that is if we cut into the large differences paid in team salaries. Your first thought is probably: You can’t tell a player how much money he can be paid, and you’re right– but I said TEAM salaries, not player salaries. I’ll get back to that. First, consider how a team operates.

The General Manager: He has to pick and put the players on the field for the Field Manager to use as he sees fit. He does this by using his skill at evaluating players (with the help of scouts) using whatever finances he can secure from the owner through trades, etc. If he is given no limit on the team salary, then obviously, money rules and he will have one of the better teams; the result being that the great majority of fans lose.

Most important are the players. Before I even approach salaries, understand that salaries have now risen to such a high level that a cap of ANY kind will automatically have to be set high so that players do not take any loss. The numbers that I use here are not meant to be final figures in any way, just a possible beginning of a template that can be used. The Yankees have the highest payroll in baseball: approximately 200 million dollars. The next 8 teams: Phillies, Red Sox, Angels, Tigers, Rangers, Marlins, Giants, and Cardinals all have payrolls over 100 million dollars. Do you think it is just coincidence that almost every expert in baseball will have all these 9 teams (out of 30 MLB teams) at or near the top of their picks? My friends, that is BUYING your way into contention, and while you can’t get away from that 100%, we can easily produce more evenly matched teams by having a cap on team payrolls.

What if we had a TEAM cap of $110 million? Remember, rookies who make the team are for the most part making less than a million dollars. You have loads of average players who make single digit millions. The biggest problem is the high priced players. They obviously are the players who make the biggest difference to a team winning or losing. Does this system mean that the owner cannot pay Albert Pujols or Prince Fielder $20 million a year? Not at all. He can pay him whatever he likes… BUT it all goes against the cap. You can easily have a few high priced players, but you then adjust your cap accordingly.

This system is not meant to make all the teams equal. Nothing I or anyone else can come up with will do that. It IS meant to bring all teams at least a little closer together in talent, so that fans in smaller market venues will have at least a fighting chance at being in contention toward the end of the season. I get no kick out of watching the Yankees with a $200 million payroll playing the Athletics, the Royals, and the Astros (who will be in the AL next year) each at $55 to 60 million. That is a travesty. A system like this does not mean that when the Yankees or the Red Sox play these teams (and many others,) that they would be equal in talent. No, but they would sure be a lot closer. I think their fans deserve that. I’d love to hear your opinions. You can reach me at: HYPERLINK “mailto:[email protected]” [email protected]