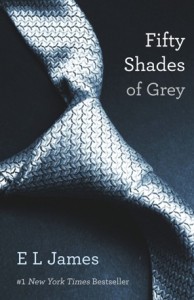 On Mother’s Day, my fiance and I traveled to my grandfather’s friends’ house to celebrate. The women there, ranging in age from fifty-five to seventy, were all abuzz, talking about a book I had never heard of. My ears perked up, “Oh, what book?” I asked, trying to hide my excitement since in this day and age it is so rare to hear anyone raving about a book. “Fifty Shades of Grey,” they all responded. They were all reading it. Now, I left under the mistaken impression that this was a tween book that was deemed too raunchy for young readers.

As a writer, this story fills me with inner conflict. On the one hand, I am ecstatic to see that controversy sells; that the time-honored tradition of becoming a best-seller through being deemed subversive — especially in the contemporary laissez-faire atmosphere of morality — is still alive and thriving. The controversy that brought Henry Miller, Vladimar Nabokov, George Orwell, Aldous Huxley, D. H. Lawrence and Allen Ginsberg (to name just a handful) to the wider audiences they deserved has a pulse yet.

On the other hand, I do not champion this work in the least. The book is poorly written smut, which I know has been the sentiment through time immemorial of the townsfolk holding pitchforks dancing around in a book-burning circle, but hear me out. The characters have not progressed out of a high school mentality, particularly concerning teenage fantasies. It apparently didn’t suffice E.L. to make Christian Grey a millionaire. Instead, in keeping with the extravagant and ridiculous teenage fancy, he is a billionaire. The repetition of “shades,” “she turned fifty shades of red” etc., is grating, to put it politely. Then there’s the repetitiveness of characters’ quirks. The book is awash in raised eyebrows, pursed lips, blushes, flushes, whisperings, and the ever eloquent expressions of Ana’s “holy, double and triple crap.” Really, James was at her best here as that would have made an apt title.

Okay, I cannot continue to promote this by writing any more. I am staunchly morally opposed to continuing. I may as well be writing this on a cold New England shore in a buckled hat, or rather, a white bonnet and starched apron (in keeping with my gender.) On this, I am willing to be seen as a prude. Henry Miller wrote filthy things, but I have read and loved his work since I was fourteen because he did so with pervasive class, though that seems a contradictory term. This book, sweeping the nation, in the form of a rather sad tide of bored housewives with equally dull imaginations that haven’t progressed beyond high school, should be banned, as many libraries throughout the nation have done. Banned not for content but for lack thereof. That is all; I will abdicate my soap box now.

If you want to laugh hysterically, lookup the video of Gilbert Gottfried reading excerpts from this book. For those of you who have read thus far and still do not believe me, I present to you exhibits a-z: “My inner goddess is doing the merengue with some salsa moves.” “My inner goddess sits in the lotus position looking serene except for the sly, self-congratulatory smile on her face.” “My inner goddess jumps up and down with cheer-leading pom-poms shouting yes at me.” “My inner goddess looks like someone snatched her ice cream.” Voila. Believe me yet?

Read this article on Emma Watson and the possible 50 Shades of Grey Movie.

Fifty Shades of Grey book review added by Amanda on May 28, 2012
View all posts by Amanda →