So Mitt Romney thinks he is the best candidate for the “average” guy. What?

Romney Tells Crowd He Is Best Bet for

Average Americans. Really. I Think Not. 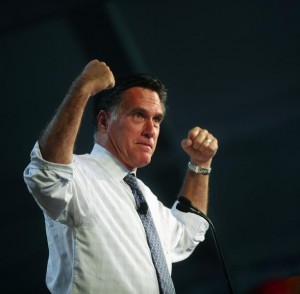 So Mitt Romney thinks he is the best candidate for the “average” guy. What?

During a Florida campaign stop on Tuesday morning, Mitt Romney said,  “People across America are having a hard time.” The crowd at Con-Air Industries in Orlando, FL, an air filter manufacturer, listened in disbelief. “The president doesn’t understand how his policies have made things so hard for the American people. It’s finally time to have a president who is in touch with what’s happening in America.” Now the president, as you know, said last week that the ’private sector’ is doing fine,” Romney said.  “He is so out of touch with what’s happening across America to say something like that.”

Excuse me, Mr. Romney, but I think you’re the one who is out of touch with the American people. You were born with a silver spoon in your mouth, you’ve probably never done a hard day’s work in your life, and I’ll bet the hardest thing you do in a day is take out the trash. Heck, you might not even do that.

I’m praying that you don’t get elected because if you do, the one percent of the population that you belong to will be inside the car with you, just like when you went on vacation years ago with the family dog in a pet carrier strapped to the roof of your car. And the other 99 percent of us will be just like your dog, in the carrier, strapped to the roof, getting the hose in the service plaza when we mess up.