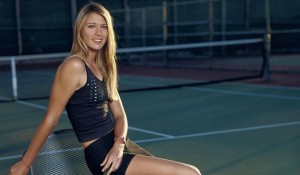 After undergoing serious shoulder surgery, which almost forced her into an early retirement, Maria Sharapova came back strong in the French Open as she defeated Sara Errani of Italy 6-3, 6-2. Maria won her first major title at Wimbledon in 2004 at the ripe old age of 17. She won the U.S. Open in 2006, and the Australian Open in 2008. The French Open title therefore completed a career grand slam for the 25-year-old Russian.

Contributing a large part to her one-sided win was being able to take advantage of Errani’s weak service game, winning 70 percent of the points against Errani’s second serve with her own superior service return.

Overall, a wonderful comeback, which should catapult her into number one in the women’s rankings, will be released next week.

Errani: “She hits very hard, very flat and very deep shots, barely over the net. She never let me do what I wanted to do. I always felt that I was being pushed around. I didn’t play my best, but she also deserves credit for that.”

Maria was presented with a glass trophy that included some red clay from the court and was engraved with the date, her name and the years of her four major titles.