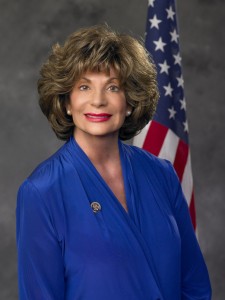 The US House of Representatives is investigating Shelley Berkley, who represents CD 1 for using her power to unlawfully benefit her husband’s business. This is why you should not make her a Senator. The power to be corrupt is so much greater in the Senate.  The panel said in a statement on Monday that it voted unanimously on June 29 to open a formal probe of allegations relating to Berkeley’s efforts in 2008 on behalf of a kidney transplant unit at a Nevada medical center. Vote for Dean Heller instead. We know he is not corrupt yet. As a member of the House, Heller also joined in the Nevada delegations’ efforts to keep the government from closing the kidney unit not knowing it would directly benefit Shelley Berkley. But Berkley’s husband, Larry Lehrner, is a kidney specialist whose company had a contract with the hospital program, and that is at the center of the controversy. The question is did she do this because she felt it would benefit her financially? The answer is yes, Berkley would have directly benefited financially from her involvement in the case due to her husband’s links to the kidney center. So be smart with your vote on Nov. 6th. Vote for Dean Heller for Senate, Chris Edwards in CD 1 and Danny Tarkanian in CD 4. These men will help to overturn the Obamacare Tax Bill. We are taxed too much. Check out www.fairtax.org/nevada. Danny Tarkanian and Chris Edwards have vowed to co-sponsor HR 25 the Fair Tax