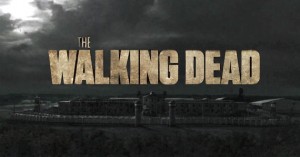 One problem with TV shows is the inevitable hiatus. The long wait to find out what happens to Walter White and Jesse Pinkman frustrates viewers like me.  But what’s a fan to do? AMC wants its viewers to remain with its stable of critically acclaimed shows.

Being billed as Season Three Preview Weekend, the entire first two seasons of the popular series The Walking Dead will air starting 11:30/10:30c am on July 7th. It will be followed by a live taping of Talking Dead. Chris Hardwick will host Talking Dead as he did last season and preview what’s on tap for next season. Talking Dead will air July 8th at 9/8C.  There will also be behind-the-scenes featurettes on season three. Finally, the show’s pilot 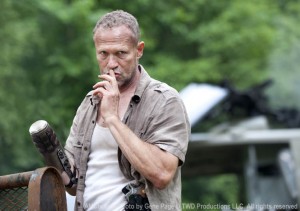 I will be taking a retrospective glance back over the first two seasons and comment as to the preview suggests, even though the show’s trajectory is a bit predictable given the source material. Fans have an idea of where the show is likely 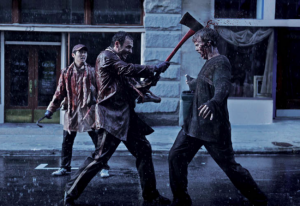 headed, but the show’s creator and one of its producers, Robert Kirkman, has already deviated from the comic book and has said that other changes may be afoot. For example, stills from season three reveal that one of the first season’s more explosive characters, Merle Dixon, will return. The Dixon brothers are not even part of the comic book series. Robert Kirkman will also participate in the Talking Dead special, where he will probably tap-dance around plot points and character development.