Maybe There’s Hope for the G.O.P. 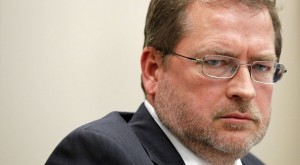 One of the most destructive forces in the extreme right-wing of the Republican Party is losing his power. Conservative lobbyist Grover Norquist, who overpowered our legislators who were actually elected to serve the people of this country, convinced Republicans to sign a pledge not to raise taxes. After a major loss in the elections this year, some sensible members of the G.O.P. are reneging on their pledge.

Lindsey Graham, Peter King, Saxby Chambliss, John Boehner, and John McCain have all faced the realization that removing programs from the federal budget is not the only solution to reducing our national debt.

Former President Bush, always a humorist, said: “Circumstances change, and you can’t be wedded to some formula by Grover Norquist,” Bush has said. “It’s — who the hell is Grover Norquist, anyway?”

And he’s right. A lobbyist is simply a rich “nobody” who only cares about himself and the cause he champions.