“What Would You Do?” Hosted by John Quinones: Appropriate time to use Handicap Facilities 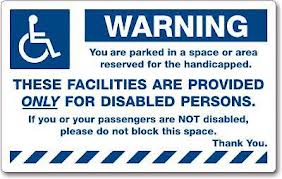 When is it Appropriate to use Facilities Labeled Handicap?

The other night I had a chance to watch an old episode of “What Would You Do?” on Netflix, an ABC show where actors play out some type of deplorable scenario in public and wait to see how the general public reacts.  The show has covered such topics as racism, bullying, cheating spouses, and homophobia.  John Quiñones hosts, seemingly approaching participants out of nowhere with a slew of cameras to interrogate them about why they responded in the manner they did to the situation.

I was bored and had scanned through several episodes when I came upon one that caught my interest, one about parking for people with disabilities.  There were three actresses in the scene, two playing haughty young women in a sports car with tennis rackets and sports gear, and one woman who was actually disabled, driving a van with a wheel chair inside and a clearly visible handicap placard.

The setup is the two able-bodied women are sitting in their convertible playfully bantering with passers-by, swinging their tennis rackets (I think I may have caught on at that point, but what do I know?); they are clearly parked in the only handicap parking space in the lot. The woman with the handicap pulls up in her van, she yells out to girls that they are illegally parked and they should move.  Soon, others become involved and disagreements ensue as the illegally parked 20-somethings claim they were “here first” and the disable woman can just as easily park her van in one of the empty spaces further down the lot.

“What Would You Do?” is trying to tug on the heartstrings of the American public as they show the plight of the disabled in our country, and I cannot say I disagree with 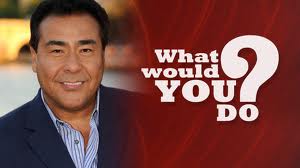 them.  Watching this piece, I was reminded of how many times I have seen drivers whip into a Handicap Only parking space with nary a placard or disability in sight.

However, the program made me wonder about other aspects regarding specifically designated handicapped spaces, particularly restrooms and dressing rooms.  I began to wonder, do the same “rules” apply to those two areas as to parking spaces, and if not, should they?  While I realize there are no actual laws, what about common sense. 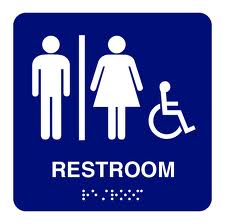 Conversely, another theory could be that if it were to be like parking spaces, the handicap stall would have to remain empty until and if a disabled person happened to come in to use the restroom.

I am curious how the ADA views this dilemma and how the American public views the situation.

“What Would You Do?” Hosted by John Quinones: Appropriate time to use Handicap Facilities added by dawn7 on November 17, 2012
View all posts by dawn7 →