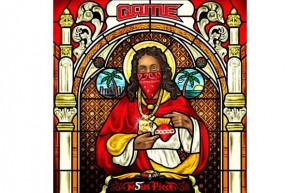 For some rapper Game’s latest album can be called controversial but for his fans and hip hop heads. “Jesus Piece,” is another classic album and has even received praise from hip hop legend Dr Dre who is a mentor to Game. With “Jesus Piece,” Game has created a stellar album of hits and classics that will be played over and over for the following months. On “Jesus Piece,” Game raps and keeps it real with tracks that you remind you of his “Documentary” album. Tracks like “Dead people,” “See no evil” featuring Kendrick Lamar and Tank and “Scared now” featuring Meek Mill. Then there’s the party theme, with a Bone Thugs and Harnony sample,“Celebration” featuring Chris Brown, Tyga, Lil Wayne and Wiz Khlalifa. Also lending their talent to “Jesus Piece” are Big Sean and Fabulous as they collaborate with Game on the D’Angelo sampled “All that (lady).”

Still the main topic on “Jesus Piece” is that of a religious one and with the Kanye West assist on “Can’t Get Right,” Game gets personal. It’s on the track “Can’t get Right,” that Game confesses his sins and speaks of his influences and even names himself king of hip hop. Though, after “Jesus Piece,’ who can really argue with Game’s self appointment. “Jesus Piece,” is further proof that Game has a lyrically flow that goes unmatched. 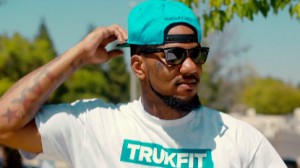 So as “Jesus Piece” continues to garner top reviews, sits on top of the hip hop charts on iTunes and number two overall with just Bruno Mars ahead of him. Game can count on some good numbers when his first week’s sales come out.

Since “Jesus Piece,” has been released Game hasn’t been just sitting back chilling as the numbers come in but is out promoting and performing to sold out crowds. All while he also enjoys the success of his hit reality show “Marrying the Game,” which airs Monday’s 9:30pmET/8:30c on VH1. 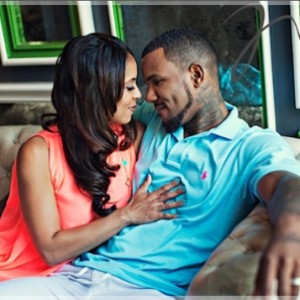 Game’s “Jesus Piece” is available now on iTunes and your local retailer.